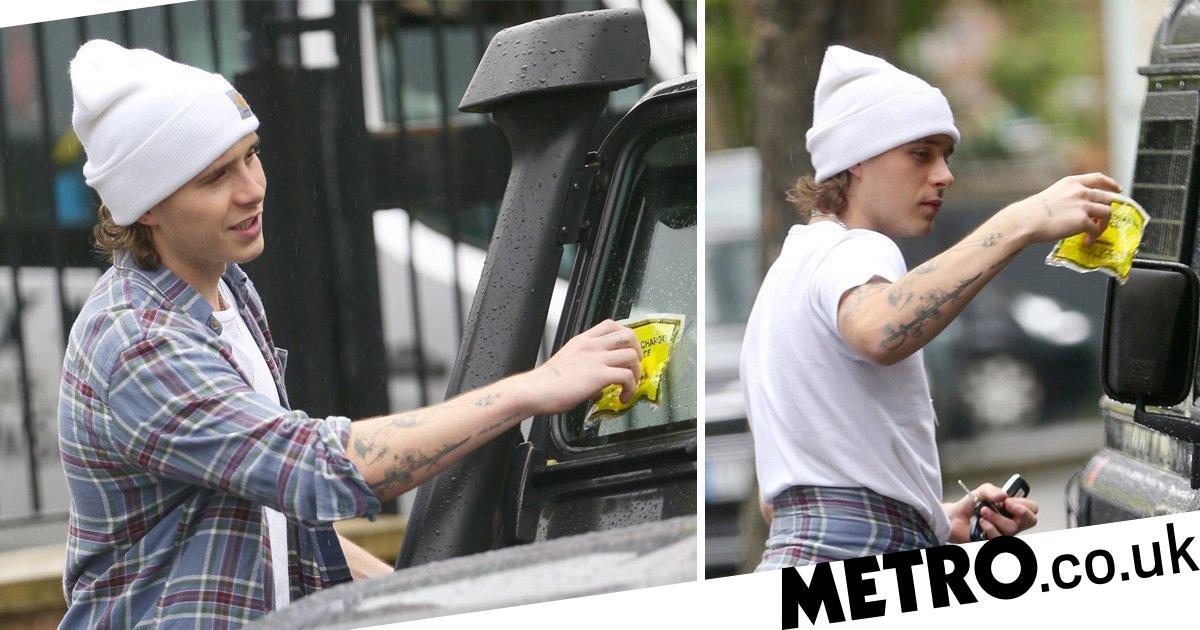 Brooklyn Beckham just couldn’t catch a break after receiving two parking tickets in one day outside his workplace on Friday.

The 20-year-old aspiring photographer, eldest child of David and Victoria Beckham, is currently undertaking an apprenticeship with Rankin at the acclaimed artist’s studio in west London, and got a couple of unpleasant surprises to round off his week.

Shortly after arriving at work, Brooklyn returned to his Land Rover Defender at around 10am to find the dreaded yellow ticket positioned prominently on his window screen.

His luck wasn’t about to change unfortunately as he was later slapped with a second ticket just four hours later.

This time, Brooklyn had popped out to grab lunch at Greggs and Pret when he found another glowing yellow ticket waiting for him on his window not long after 1pm.

Hopefully he won’t have to pay for those out of his internship wage.

In May, Brooklyn’s father David was handed a six-month driving ban after being caught using his phone while behind the wheel.

The former England footballer pleaded guilty to using his phone while driving his Bentley around central London in November 2018.

It seems Brooklyn’s had a challenging time recently with sources claiming the photographer has ‘struggled with basic skills’ while interning with Rankin.

An insider told The Sun: ‘Everyone knew Brooklyn’s work needed fine tuning but no one knew his knowledge of the simplest tasks was so off.

‘Everyone had high hopes for him but it’s not been the most impressive start. He’s lacking in most areas.

‘But he’s trying to make up for it in enthusiasm.’

We all have to start somewhere, right?

However a friend of Brooklyn’s defended him and said he ‘never claimed to be an expert’ in the photography field.

They told Metro.co.uk: ‘He has never claimed to be an expert. But he does have a passion for photography and is enjoying learning his craft from the true professionals he is interning with.’