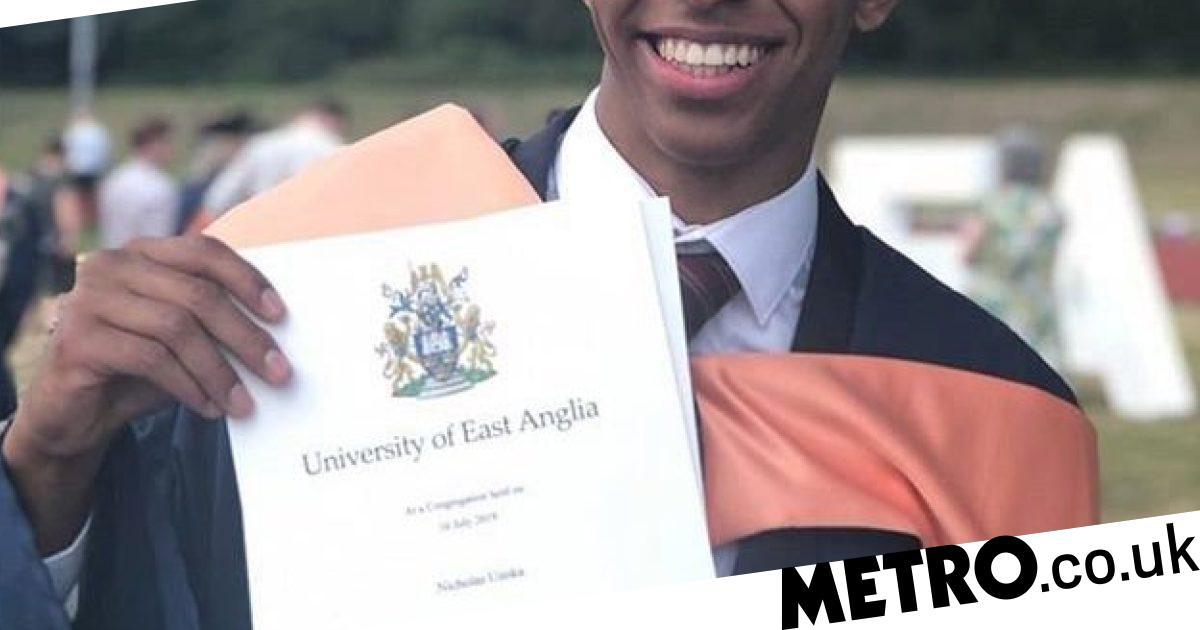 The week before our dissertations were due, most of us were busy actually writing it.

English and creative writing student Nicholas Uzoka, however, spent the time rehearsing it.

That’s because the 22-year-old from the University of East Anglia decided to rap his entire 10,000-word dissertation.

And clearly his professors are down with the times as they loved it so much, they gave Nicholas a first.

If only some of us who wrote their dissertations on Shakespeare knew it was possible to rap about the Bard and get a first.

Nicholas’ thesis, titled The First Stone: An Oratorio, was an exploration of his relationship with God through the metaphor of relationships with women.

‘I am a rapper, that’s my best form of artistic expression and the uni was kind enough to allow me to accommodate my particular style of poetry, into their course,’ said Nicholas.

The musician said the oratory style allowed him to express himself in his favoured form of artistic expression as his life is all about music.

Nicholas believes rap was a suitable media form for his dissertation as he wanted to fully integrate his passion, and hopefully future career, into his degree.

He said his plan now is to give the music industry his absolute all.

His module leader was also enthusiastic about the creative idea. Nicholas thanked supervisor Dr Sandy Pool, ‘for pushing me to extend my ideas further than I ever could imagine’.

If you’re curious about what he’s rapping about, here are some of the words he could be heard spitting:

‘I ain’t black or white or grey, there’s more colours that I am filled with, can’t be painted with precision and I like it like that.

‘When I fail, I fail up, paint my pain and paint my pleasure. I am a work of art in progress and I like it like that.’

You can also enjoy the album on Spotify and iTunes.