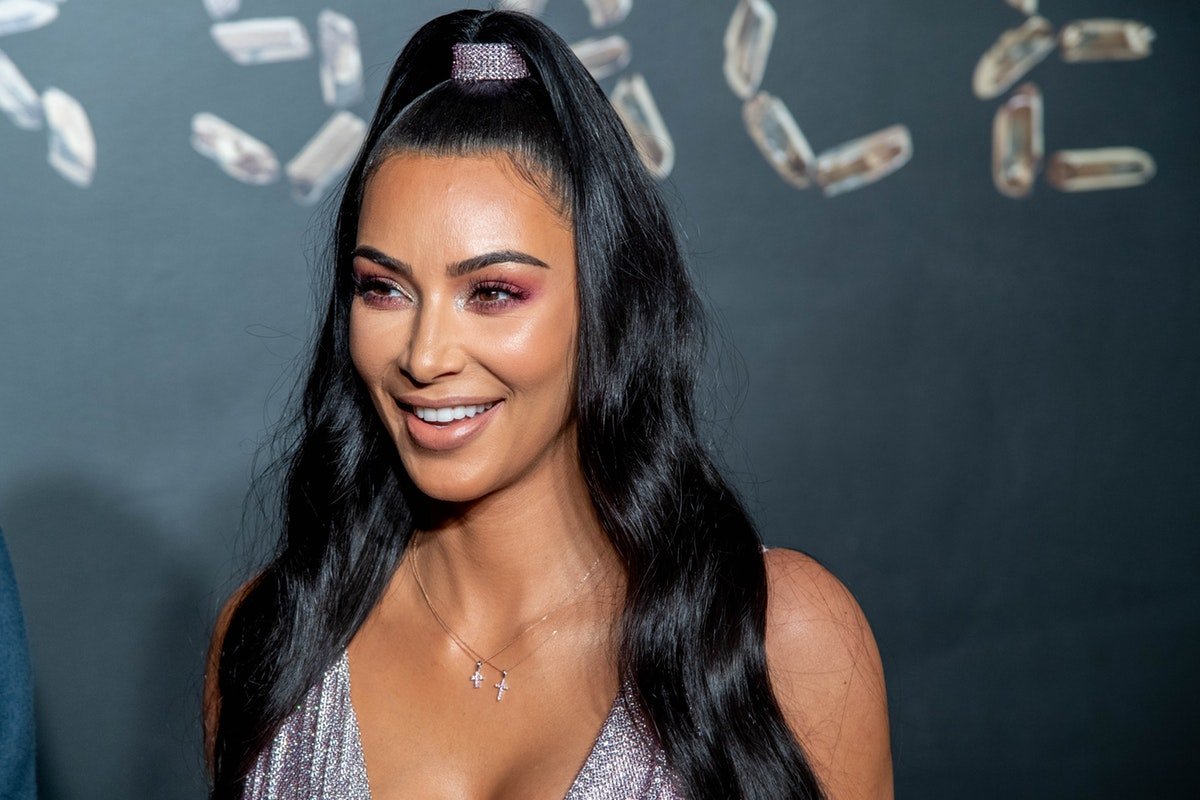 Just months after the Kardashian Wests welcomed Psalm into their family, the infant is already bonding with his big brother Saint — and it’s just as adorable as you’d expect, judging by Kim Kardashian’s Instagram posts documenting it all. On Saturday, July 20, the reality star took to the social media platform to share what might the most aww-worthy image of the duo yet, and the story behind the shot makes it all the more sweet. Kim K’s photo of Psalm and Saint napping together is so precious, because it shows that the brothers are already the best of friends.

It’s safe to say that Saint has been obsessed with spending time with his mini-me ever since the family welcomed their newest member into the fold via surrogate on May 10. Just one week ago on Sunday, July 14, Kardashian gave fans a glimpse of the brothers’ close relationship by sharing a photo of the pair cuddling together.

She revealed that the whole photo was Saint’s idea in the caption, writing, "Saint asked me to take a pic of him and his brother this morning." Judging from the comments section, which included everyone from Kylie Jenner to Winnie Harlow, no one could handle the cuteness.

TBH, I thought the pair had peaked in the cuteness department with that photo — until I saw the brothers’ bonding moment from Saturday, July 20. It’s even more adorable than its precursor, if that’s possible, and the backstory sheds some light on the twosome’s growing relationship.

In the photo, Saint — who can be seen with a dog blanket on his shoulder — appears to be fast asleep next to his mini-me. However, judging from the caption, it appears that he’s just working the camera just like his famous parents.

"Saint said he’s gonna pretend to sleep with his brother," Kardashian explained alongside the photo. "He always wants a pic to capture every moment. You have no idea how sweet my boys are!"

Saint said he’s gonna pretend to sleep with his brother. He always wants a pic to capture every moment. You have no idea how sweet my boys are!

Seriously, though, how heart-melting is that?

It’s fitting that Saint has been in almost all of Psalm’s Instagram appearances considering that Kardashian guessed that her oldest son might be the most excited to have a baby brother in her Vogue 73 questions video.

Ahead of the arrival of her fourth child, the reality star can be seen asking Saint in the video, "Who’s most excited for baby brother?! You?"

She added, "I think North is, too, ’cause Saint will have someone to play with instead of her. And Saint wants to name him Sainty Two, right?"

While we may never know if the family does call Psalm Sainty Two as a nickname, it’s impossible to deny that Psalm already looks like his brother’s mini-me, and the Kardashian Wests’ newest addition made his Instagram debut with a sweet shot of Saint cradling his face. Kim captioned the black-and-white shot "My boys" alongside two black emoji hearts.

Judging from these latest photos, the duo have been inseparable ever since, and we’ll hopefully be seeing many more sweet brother moments in the months and years ahead.