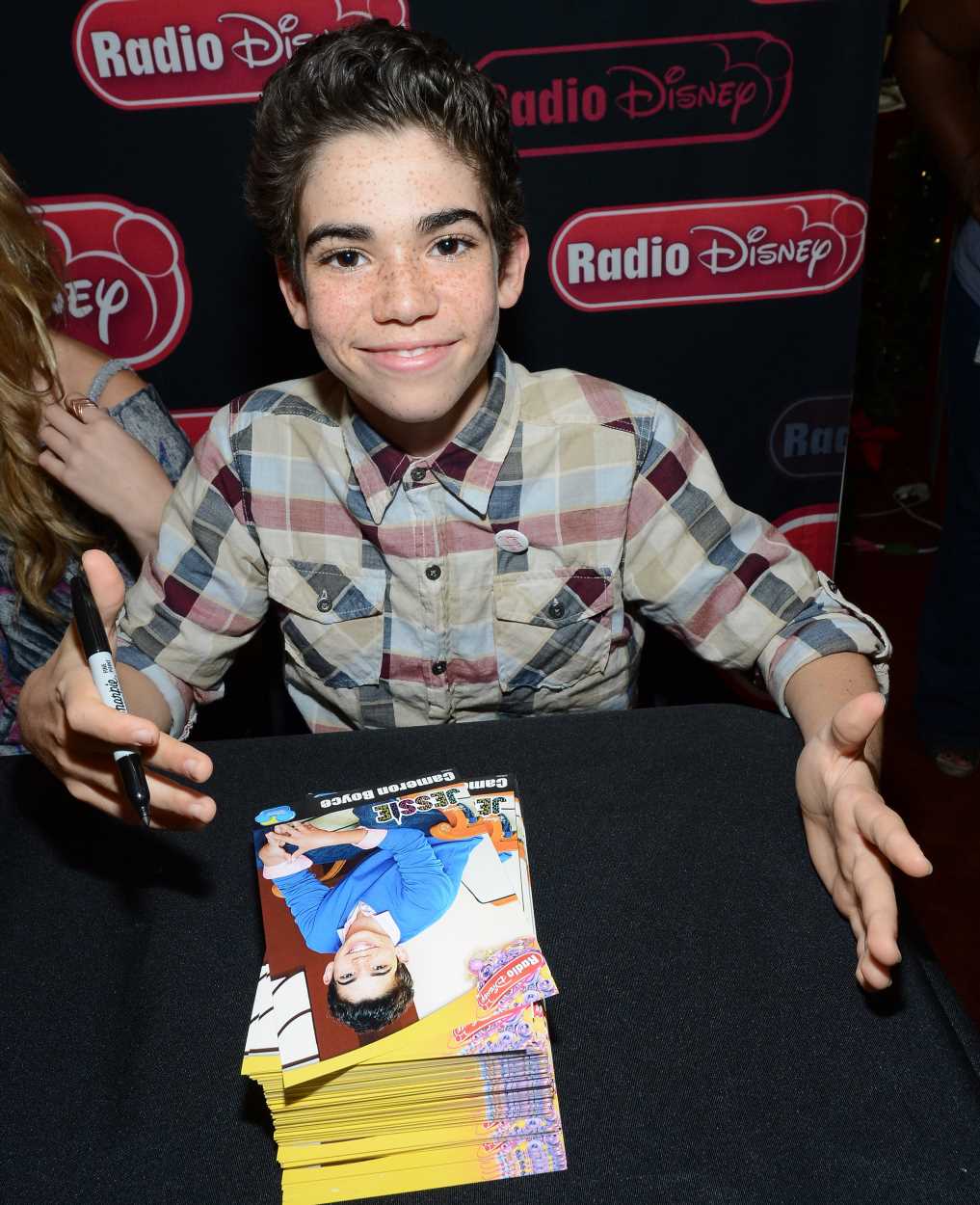 A family man ‘til the end. Cameron Boyce credited his loved ones with showing him the importance of charity work in his final interview before his sudden death at the age of 20.

“There’s a long line of difference makers in my family,” the Disney Channel star told Haute Living in a profile published on May 7. “I’m following in the footsteps of some really strong men and women who have showed me what it means to give back; it’s the greatest way to fulfill yourself. Every time I talk to someone who shares that similar passion, we talk about how there aren’t many feelings more euphoric. Changing someone else’s life positively changes yours for the better as well.”

Boyce told the lifestyle magazine that he would “try to be the bridge for those people” who did not know how to give back. He also spoke about his ancestry (his father, Victor Boyce, is black, and his mother, Libby Boyce, is Jewish) as well as his grandmother Jo Ann Boyce, who was a member of the famed Clinton 12, a group of Tennessee students who became the first to desegregate a southern high school in the 1950s.

“Her story doesn’t just inspire me … It hits home with everyone who stops to listen to it,” the actor said about his grandmother. “She and the other 11 students set the stage for our generation to come together. We have to ensure – especially with some of the controversy plaguing us now – that we continue to push toward dreams that have yet to be realized. Equality in its truest sense.”

CULVER CITY, CA – DECEMBER 09: Cameron Boyce star of the hit series "Jessie" gets signs autographs for Radio Disney AM 1110 fans at the Wii U Showdown at Westfield Century City Mall in Los Angeles on December 9, 2012. Wii U is one of Nintendo’s hottest items of the holiday season. (Photo by Michael Buckner/Getty Images for Nintendo of America)

JESSIE – “Karate Kid-tastrophe” – Jessie finds herself in unfamiliar territory when Emma’s unexpected behavior gets her into trouble at school.Meanwhile, Luke takes on the role of Sensei to train Zuri for her upcoming karate belt test. This episode of “Jessie” airs Friday, March 27 (8:00 PM – 8:30 PM ET/PT), on Disney Channel. (Kelsey McNeal/DISNEY CHANNEL via Getty Images)

GAMER’S GUIDE TO PRETTY MUCH EVERYTHING – “The Longest Yard” – Conor and Ashley give Mr. Spanks another chance at breaking the school’s punting record in football while Wendell and Franklin compete to become the next school mascot. This episode of “Gamer’s Guide to Pretty Much Everything” will air Wednesday, December 2 (8:30 PM – 9:00 PM ET/PT), on Disney XD. (Photo by Ron Tom/Disney XD via Getty Images)

INGLEWOOD, CALIFORNIA – APRIL 25: Cameron Boyce attends WE Day California at The Forum on April 25, 2019 in Inglewood, California. (Photo by Tommaso Boddi/Getty Images for WE Day)

He continued, “She’s a huge part of who I am. Being African American and Jewish, I have plenty of ancestors and family members that I can look to for strength, and more importantly, for a grateful outlook on life. Every one of them clawed and scratched for my sister [Maya] and I to be in the position we’re in today.”

Boyce’s family announced on Saturday, July 6, that he “passed away in his sleep due to a seizure which was a result of an ongoing medical condition for which he was being treated.”

“The world is now undoubtedly without one of its brightest lights, but his spirit will live on through the kindness and compassion of all who knew and loved him,” a family spokesperson continued in a statement to Us Weekly. “We are utterly heartbroken and ask for privacy during this immensely difficult time as we grieve the loss of our precious son and brother.”

The Los Angeles native was best known for his roles in Grown Ups, Descendants and Jessie.