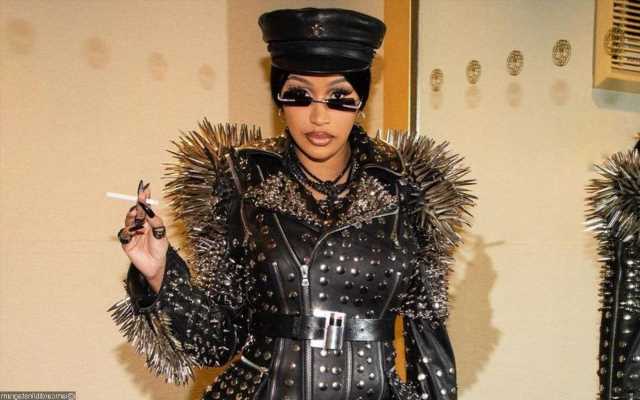 The ‘Bodak Yellow’ hitmaker, who used to be dragged by Donald Trump’s supporters, also shares another reason why she decided to stop talking about politics.

AceShowbiz –Cardi B wants everyone to know that she’s done talking about politics. Explaining the reason why she decided to stop it, the “WAP” hitmaker divulged that she’s so “tired” of getting bullied by Republicans.

The 29-year-old hip-hop star made the revelation via Twitter on Thursday night, October 14. After a fan tweeted, “@iamcardib Used to TALK ABOUT POLITICS & POLITICAL MATTERS! WHAT HAPPENED WITH THAT ?!??” she replied, “I was tired of getting bullied by the republicans and also getting bashed by the same people I was standing up for.”

One of Cardi’s fans then explained why she got bullied. “cus you sound like you’re slow when you talk and it was ruining everything,” the user opined. In response, the “Bodak Yellow” hitmaker reasoned, “It was the only way YOU would of understand me.”

Cardi was previously dragged by Donald Trump‘s supporters for allegedly being a “pawn” in Joe Biden’s presidential campaign. However, she fired back at the trolls by writing a lengthy statement that read, “Couple of weeks ago I was getting chewed up by Trump supporters over this interview especially by miss [Candace Owens] who has been degrading my name for 2 years straight.”

“I was so nervous for this interview especially because it was on zoom and not in person but it was important for my followers to get to know our running candidate and future president,” the wife of Offset continued, referring to a virtual August sit-down she conducted with the now-President.

“Republicans like Candace, Shapiro, Fox news made fun of me ,talk so much s**t about me and my song ‘WAP’,” she added. “They said Biden use me as a pawn then weeks later we seen a list of rappers and artists that Trump was trying to reach out to and to pay for support a list that included my name (sic).”