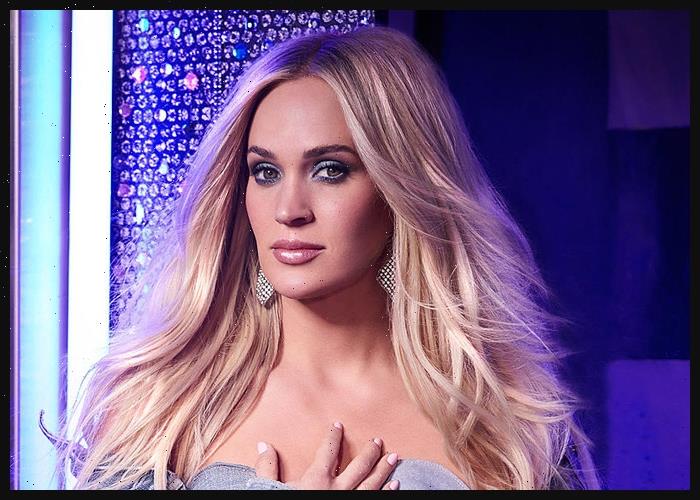 The song was co-written by Underwood, David Garcia and Lydia Vaughn.

The 12-track album, which is her ninth studio album, was co-produced by the country music star and David Garcia.

Denim & Rhinestones is scheduled for release on June 10 via Capitol Records/UMG Nashville.

Two songs from the album – the title track and “Ghost Story” – have already been released.

“We cover a lot of ground on this album. We have a lot of songs that have a bit of a ‘throwback’ feel, but they sound super fresh. I grew up listening to so many different kinds of music and that is extremely evident in this body of work,” Underwood said about Denim & Rhinestones.

“These are musical influences that are all in me and work their way out, and I just decided this time not to get in their way,” she adds.
“I think this whole album ended up being a big reflection of me as a person and as an artist.”