Trixie Mattel loves women’s tennis, The Strokes, and Loretta Lynn. It made sense that the RuPaul’s Drag Race alumna combined these elements for her single “C’Mon Loretta” and its corresponding music video. Here’s what we know about this skinny legend’s 2022 single.

Trixie Mattel is a Barbie enthusiast, a songwriter, and the winner of ‘RuPaul’s Drag Race: All-Stars 3’

Despite a less-than-memorable experience on RuPaul’s Drag Race season 7, Trixie Mattel truly spun straw into gold after her appearance on the reality competition series. With her iconic blonde wigs and by rhyming “Shangela” with “tarantula,” Trixie became the winner of RuPaul’s Drag Race: All-Stars 3. 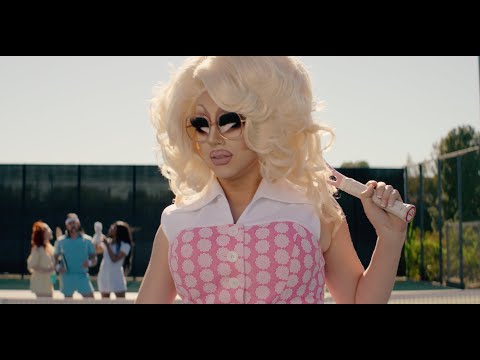 Trixie Mattel is also a guitar and clarinet-wielding songstress. She released songs like “Blister In the Sun,” “Heavy Crown,” and “Malibu.” In 2022, the skinny legend released her single “C’mon Loretta,” a track to be included on The Blonde & Pink Albums.

“I wanted this song to be a fun little ditty, like The Strokes-meets-the story of Loretta Lynn,” Trixie said in a press release. “For the video, I really wanted to give a nod to women’s tennis, something I discovered and fell in love with on a very hungover day. Sometimes the best ideas come from a hangover!”

Mattel starred in the original music video for “C’mon Loretta,” posted to YouTube. Since its debut, this clip earned over 360,000 views, and dozens of comments from RuPaul’s Drag Race viewers and Trixie Mattel fans.

“Trixie looking like a pink pop star on the tennis court is giving me Princess Peach in Mario Tennis vibes,” one comment said. “It reminds me of her nude illusion look from [season 7], too! Love the song, can’t wait to see her live again.”

With a career spanning several decades, Loretta Lynn is an award-winning singer-songwriter. Her story is noted with Mattel’s lyrics, “Six children later, Nothing can break her… She stays by his side, she’s tough as the strings on her guitar.” 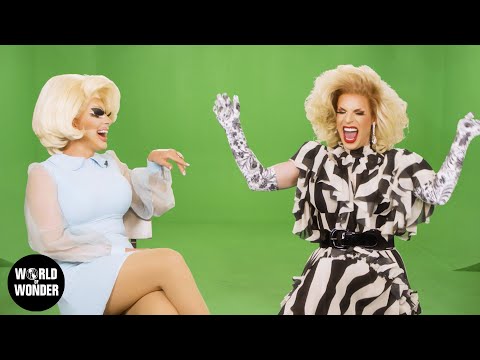 Aside from music, Trixie Mattel is the business mogul behind Trixie Cosmetics. The company recently released pink makeup brushes and “Trixie Stix” — a creamy blush intended for “effortless” cheek color.

Trixie Mattel also partnered with her season 7 sister, Katya Zamolodchikova, for a YouTube series called “I Like to Watch.” They react to Netflix content, cracking plenty of jokes in between.

For years they starred in the WOWPresents series UNHhhh, talking about everything from religion to smells to quitting. The duo embarked on a live tour in 2022, featuring drag artist Kelly Mantle in several live performances.

Of course, some Mattel fans look forward to the upcoming musical releases from this legend, icon, and star. The Blonde & Pink Albums are expected to premiere in early June 2022.