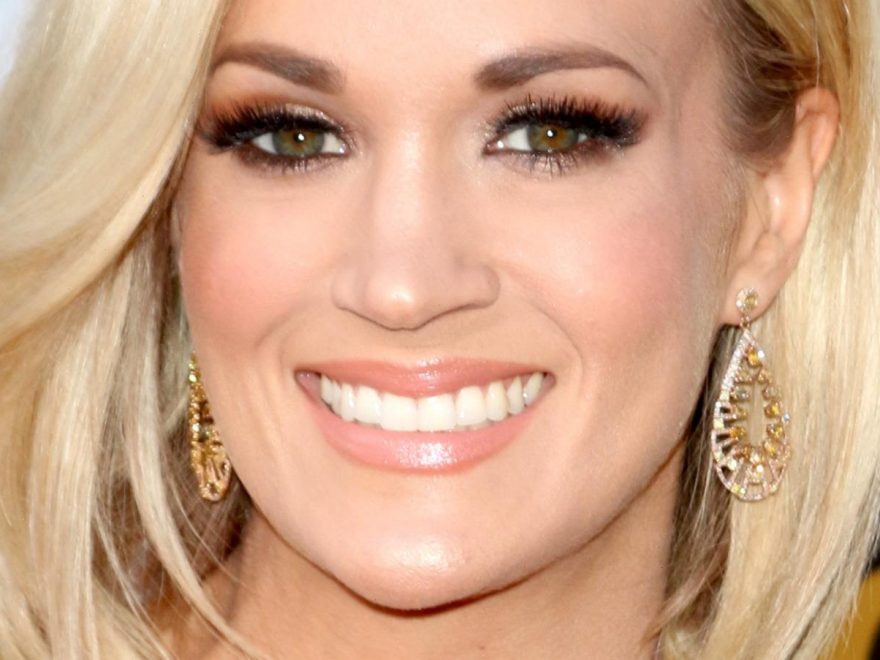 The Academy of Country Music took over the Grand Ole Opry House Sunday night for their 56th Academy of Country Music Awards. Some of country music’s biggest artists performed for the show at different iconic Nashville locations, like the Ryman Auditorium and Bluebird Cafe (via CMT News). One of those performers was last year’s Entertainer of the Year award winner, Carrie Underwood.

Underwood performed a medley of gospel songs like “Amazing Grace” and “How Great Thou Art” from her album My Savior, with legendary gospel singer CeCe Winans (via Hollywood Life). The powerhouse performance really got fans talking on Twitter. One user even said the two singers took the ACM audience “to church” as they sang in front of a gorgeous stained-glass window and choir of singers. It wasn’t just the stage that looked heavenly either, because Underwood’s dress added an extra bit of angelic feel to the show and had viewers stunned.

Carrie Underwood’s ACM performance began with her singing a solo of “Amazing Grace” under a single spotlight, according to Billboard. It was then that the audience got to see the country singer’s gorgeous and glittery gown. One fan on Twitter even joked that she looked “so angelic while also singing straight into our souls.” Keeping on the church theme, another fan described the performance as “heavenly” (via Twitter).

Then, of course, there were other fans who couldn’t stop talking about how much they loved the dress, and one fan said it was the “dress of [their] dreams” (via Twitter). Wedding Wire even joked that the Underwood dress should be a wedding dress, and it’s not hard imagining what the dress would look like standing at the front of the altar after her and Winans’ ACM performance. If you did wear Underwood’s dress for your wedding or special event, it would guarantee to turn heads as well.