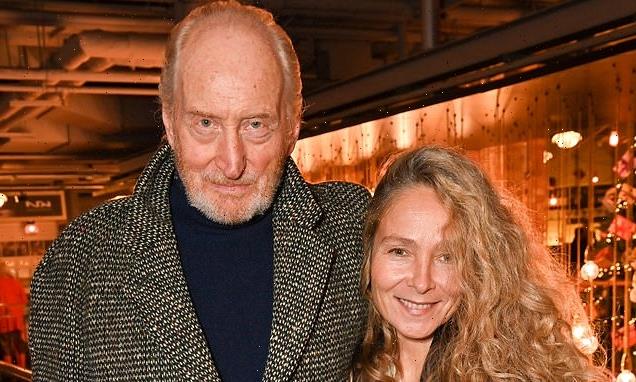 Veteran actor Charles Dance has revealed how ‘very, very lucky’ he is to be dating his Italian girlfriend who is 22 years his junior.

Dance, 76, who starred in The Crown, described his partner, Alessandra Masi, 54, as ‘fantastic’ as he talked for the first time about how they met on the set of his newly released film, The Book of Vision. Former actress Ms Masi was working as a production manager on the surreal historical movie which was shot on locations in Italy and Belgium.

The film features Dance as two doctors – one in modern London and the other in 18th century Prussia.

Asked what was his main memory of the movie, he said: ‘To be honest, it’s meeting Alessandra.’ 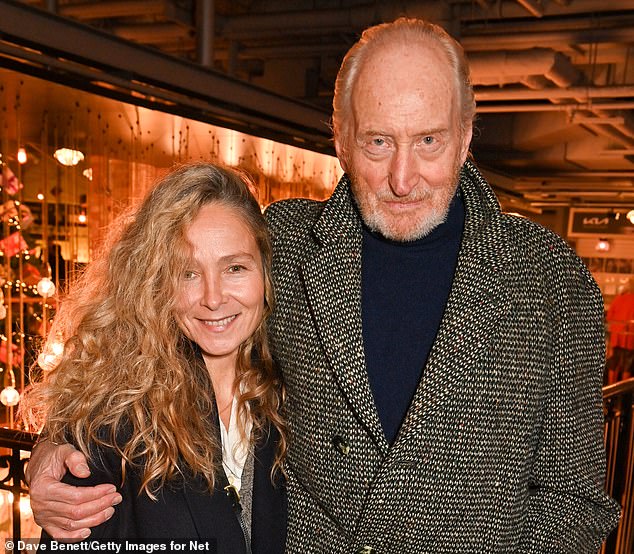 Lovestruck: Charles Dance and girlfriend Alessandra Masi pictured together during a night out in London in November

He added that the Bologna University graduate now lives with him most of the time, ‘which I’m really pleased about’. In an interview with The Times, Dance admitted that his joy at meeting her overshadowed the film, saying: ‘Well, it does a bit. Alessandra’s fantastic. I’m very, very lucky.’

The couple have now been together for around three years.

Dance – famed for his roles in The Jewel in the Crown, White Mischief and Gosford Park – became known to a new generation of fans, playing Tywin Lannister in Game Of Thrones. He also recently played Louis, Earl Mountbatten of Burma, in The Crown.

Dance, who was married to Joanna Haythorn from 1970 to 2004, is known for having had a string of younger girlfriends. He was linked to Emilia Fox before his divorce, and had a relationship with actress Sophia Myles, who was 33 years his junior, from 2003 to 2005.

The actor, who keeps in shape swimming on Hampstead Heath, told an interviewer in 2019 that he likes ‘beautiful women’. He added: ‘I like independence, I like strong women, women who survive and thrive in what is still a male-dominated world in most professions.’

Filming of The Book of Vision began five years ago, but it has only just been released due to Covid and distribution delays.