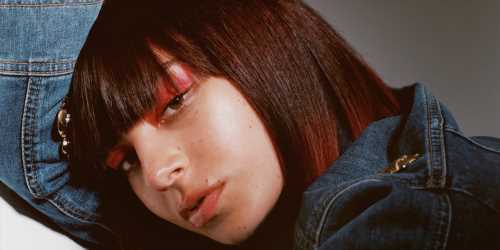 Charli XCX has taken over Dazed magazine as a guest editor and the issue is fire!

The 27-year-old “2099″ musician opened up about fashion, music and just why she thinks that Kylie Jenner would make an amazing pop star.

“I think it’s a crying shame that Kylie Jenner isn’t a pop star,” she confessed. “I really believe it still! Kylie Jenner would be an incredible pop star. The aesthetic would be so good. Imagine a Kylie Jenner album produced by SOPHIE! The songs would be iconic, there’d be really good club moments on there, but then there’d also be a really emotional song about her daughter and it would be really heartfelt and real, like all piano ballad-y with SOPHIE drums.”

Charli continued, “If she ever wants to transition into music, she should call me. She probably won’t (laughs), but she should.”

As for her role in Kylie‘s maybe future career, Charli revealed she’d be a cheerleader first.

“I feel like she should executive produce her own album, because she would probably have a load of really great ideas,” Charli says. “If she wanted to co-write with me, I’d be up for it. I’d like to just be around, witnessing the magic unfold.”