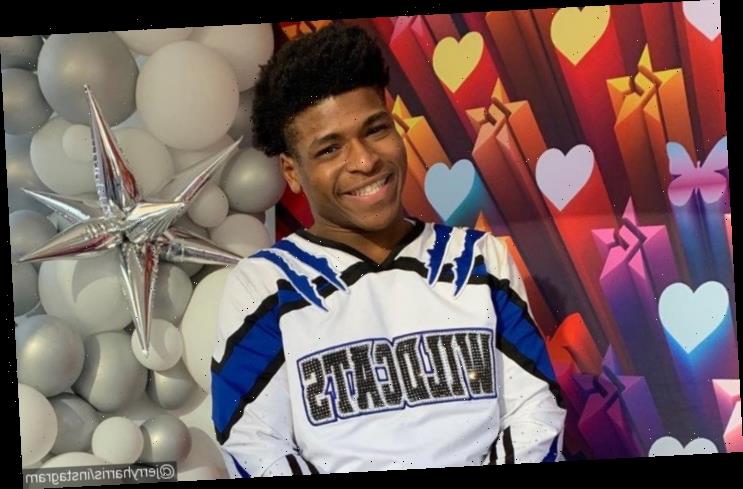 The 21-year-old cheerleader was arrested on Thursday, September 17 in Chicago for allegedly enticing an underage boy to produce sexually explicit photos and videos of himself.

AceShowbiz -Details of Jerry Harris‘ alleged child-porn charges are unveiled in court documents as he appeared in federal court in Chicago on Thursday afternoon, September 17. According to the 28-page complaint released by the court, the “Cheer” star admitted to authorities that he exchanged sexually-explicit photos and videos with underage boys and repeatedly solicited them to hook up in person while he was aware that the boys were minor.

In one Snapchat conversation with a teen boy, Jerry allegedly told the boy, “Do it naked and take a video and show me,” adding a winking emoji, in response to a photo of the young boy performing a cheerleading position known as the needle. Despite the boy telling him that he was just 13 years old, 21-year-old Jerry allegedly also asked the boy to send him pictures of his “face … and booty.”

Later during a cheerleading camp in February 2019, Jerry is accused of trying to entice the boy into performing oral sex on him in a bathroom, but the youth refused. He allegedly made similar advances to the boy’s twin brother, sending him a Snapchat message that read, “Would you ever want to f**k[?]”

Despite Jerry’s own admission, his team previously denied the allegations. “We categorically dispute the claims made against Jerry Harris, which are alleged to have occurred when he was a teenager,” his spokesperson said in a statement on Monday. “We are confident that when the investigation is completed the true facts will be revealed.”

Jerry was arrested on Thursday and charged with one count of producing child pornography. He has been ordered to be detained until his next court hearing on Monday, September 21, while his attorney said he will seek his release because he’s at risk for COVID-19 due to his asthma.

After his arrest, Netflix, which streams the Emmy-winning series starring Jerry, released a statement that read, “Like everyone we are shocked by this news. Any abuse of minors is a terrible crime and we respect the legal process.”