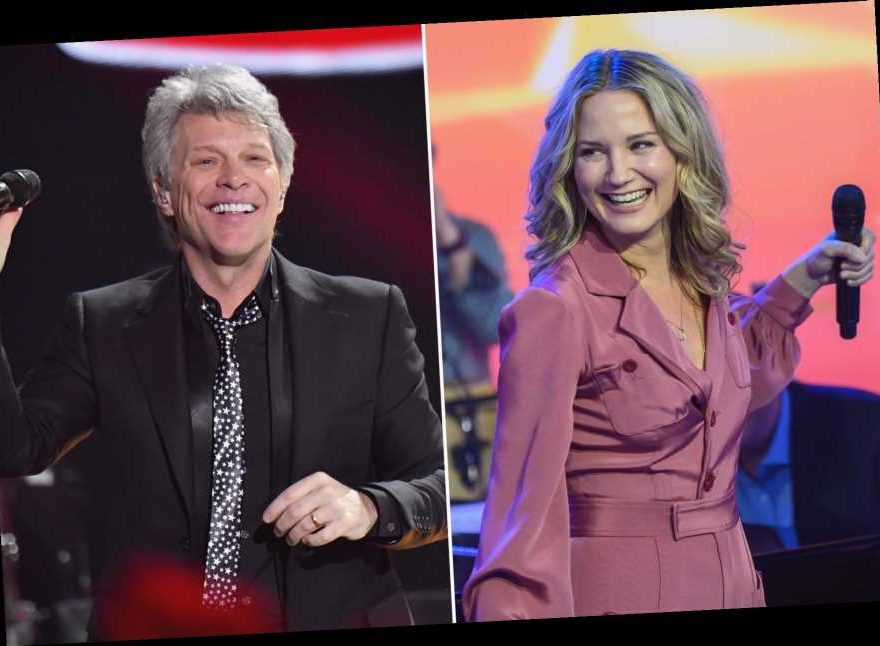 Fourteen years after scoring a country Number One hit with their collaboration “Who Says You Can’t Go Home,” Jon Bon Jovi and Jennifer Nettles reunite for a new duet, a country-music remix of Bon Jovi’s resilient pandemic anthem “Do What You Can.” The original version of the song appears on Bon Jovi’s upcoming album 2020, out October 2nd.

“As I finished the mix and did the video [for the album version], I said, ‘Boy, this song would have such crossover potential.’ Jennifer was my first choice, and she said yes,” Jon Bon Jovi says in a soon-to-be published Rolling Stone feature.

Bon Jovi wrote the song after his wife Dorothea posted a photo to Instagram of him washing dishes during the pandemic at their JBJ Soul Kitchen in Red Bank, New Jersey, a pay-if-you-can restaurant for the hungry. The caption read, “If you can’t do what you do…do what you can.” The next day, the Rock and Roll Hall of Fame member set about telling a very topical story, writing literal lyrics about makeshift hospitals, frontline workers, and even social distancing.

For the remix, Bon Jovi enlisted Nashville power players to ready the song for a country audience. Dann Huff co-produced with Bon Jovi and John Shanks; bluegrass musician Stuart Duncan added a fiddle part; and Nettles’ label home Big Machine Records came onboard to promote “Do What You Can” at country radio.

Bon Jovi is optimistic about recapturing the magic of “Who Says You Can’t Go Home.” “I got a feeling it will be a country Number One,” he says. “It’s twanged up a bit with Dann Huff, the way we did ‘Who Says,’ and [Jennifer] is a powerhouse voice.”

The collaboration arrives with a reworked video of “Do What You Can” that depicts Bon Jovi and the Sugarland vocalist meeting for a socially distanced greeting on the streets of New York. By song’s end, Bon Jovi is singing triumphantly on the deck of the USS Intrepid on the Hudson River, while Nettles dances atop a building in Manhattan. It’s a slice of euphoria for a bewildering time.