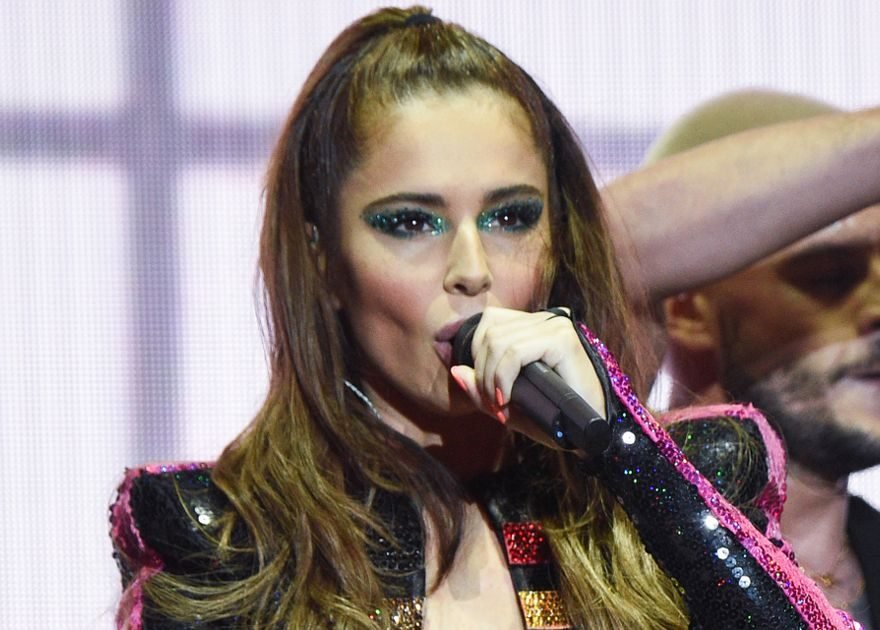 Cheryl pulled out all the stops for her Manchester Pride performance last night, taking to the stage draped in an LGBTQ flag bearing the words Fight For This Love – a poignant statement and a reference to her opening track.

It hasn't been an easy year for the Geordie lass – her comeback single Love Made Me Do It was regarded as a flop, and when she gave a live and misjudged performance of it on The X Factor , viewers were appalled by the adult nature of her dancing.

Fans were especially confused why she was licking her hand at the start of the performance and took aim at her vocals.

So when fans gushed over her Manchester Pride appearance, it finally felt like Cheryl had stuck her comeback landing.

She started in the rainbow flag, cycling through a number of outfits.

At one point, she rocked a military-themed outfit with rainbow stripes, before flashing her hips in an unbelievable high-cut leotard.

Opening with Fight For This Love, her first number one, Cheryl delighted old-school fans with fresh renditions of hits from her Girls Aloud days.