Chlöe Bailey has seriously nailed the whole crushing life thing and tonight is no exception. The 23-year-old R & B superstar recently released her third solo single, “Surprise,” following her April release of “Treat Me” and debut hit “Have Mercy,” which arrived in September last year. At the 2021 VMAs, the singer performed the song in her first-ever big solo show, and this year, she returned to the awards show looking absolutely amazing in a silver gown with a high split and corset bodice: 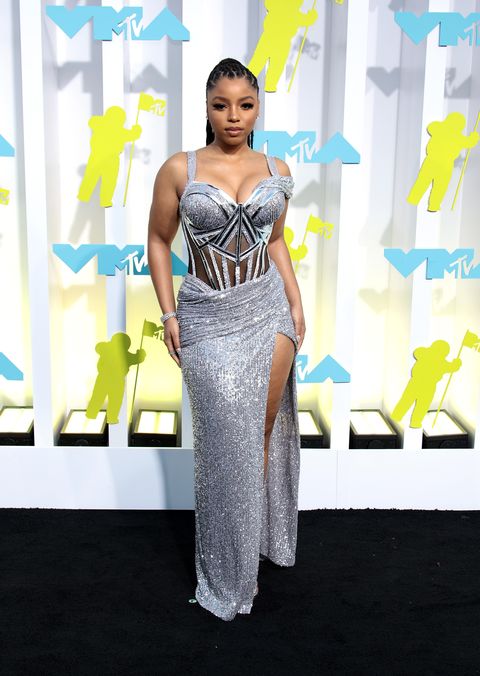 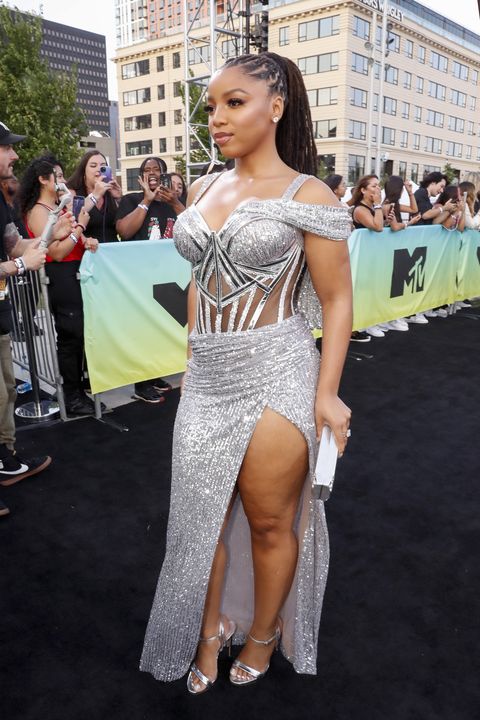 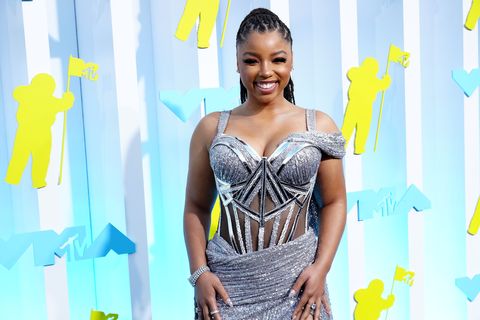 And as for her younger sister Halle, well, she’s just out here being a whole entire Disney Princess and whatnot. At the end of July, she returned from filming a minor movie called The Little Mermaid—ever heard of it? She plays Ariel, in case you’ve been on another planet and totally missed it. Again, NBD, just light work for two ~real ones~.

With her sights fully set on solo music, the Grammy-nominated musician has been working hard towards the release of her debut solo album, which I personally could not be more excited for. In an August 2021 interview with Billboard, she reflected on her hopes that the project will inspire people to be themselves “completely and unapologetically, no matter what the world says.” “No matter if people are saying I’m doing too much, it’s okay, because that’s who I am,” she added. “I’m not forcing it or being anyone different. If I listened to what people said or what they told me and if I dumbed it down, that’s when I’m not being myself.” Obsessed!