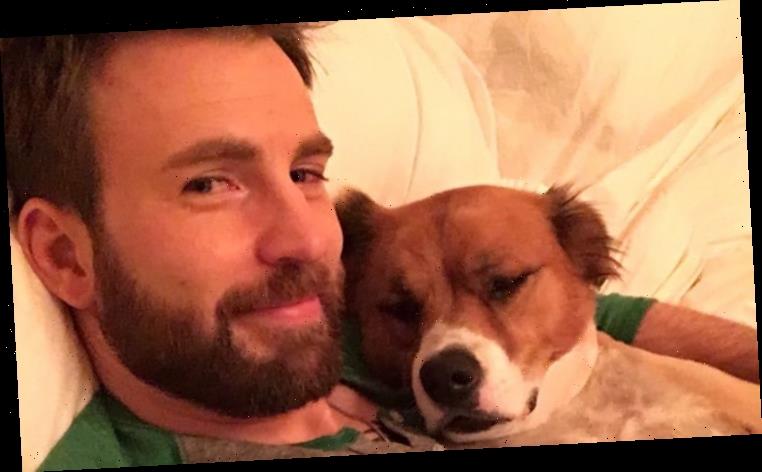 If you missed it, the 39-year-old Captain America actor tried to share a video on Instagram of his family playing Heads Up, but instead accidentally leaked his own NSFW pic.

The video that Chris posted to his Instagram Stories was actually a screen recording from an iPhone and when the video ended, it showed the camera roll on the phone. The photos that were shown on the camera roll included several pictures of Chris, the Heads Up video, and a photo of a penis. There’s no way of confirming who the man in the photo is though, or whose camera roll is captured in the video.

He quickly took it down, but that doesn’t mean fans were able to screengrab the pic!

Now, fans are trying to bury Chris‘ NSFW photo by sharing tons of photos of him with his beloved dog Dodger.

Chris first introduced fans to his mixed-breed boxer in April 2018, by sharing a video on Twitter of the first time they met!

“This is the moment we met. He was trying so hard to stay seated even though he desperately wanted to get out,” Chris wrote. “I knew right away that he was coming home with me, so I took this video to always remember our first hello. Rescue dogs are the best dogs!! #NationalPetDay”