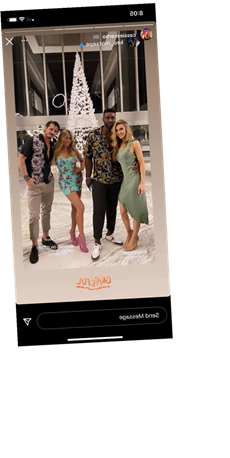 In the event that you are extremely invested in Chrishell Stause and Keo Motsepe’s post-DWTS couples vacation with Gleb Savchenko and his new girlfriend Cassie Scerbo, we! have! an! update!

As a quick reminder, the world spent several weeks convinced that Chrishell and her DWTS partner Gleb were having some sort of illicit affair (they weren’t), only to find out that Chrishell was in a relationship with Keo—while Gleb was dating Cassie. Then, in a plot twist no one saw coming, the couples went on a joint vacation together in Cabo San Lucas.

Soooooo, what was the trip like? According to a source who spoke to Us Weekly, the vibes were extreme. “Both couples were super lovey-dovey,” the source said. “They chartered a private yacht at one point, and they were seen making out the majority of the time.” On top of that, they reportedly showed “a lot of PDA throughout their entire stay.” Fun! 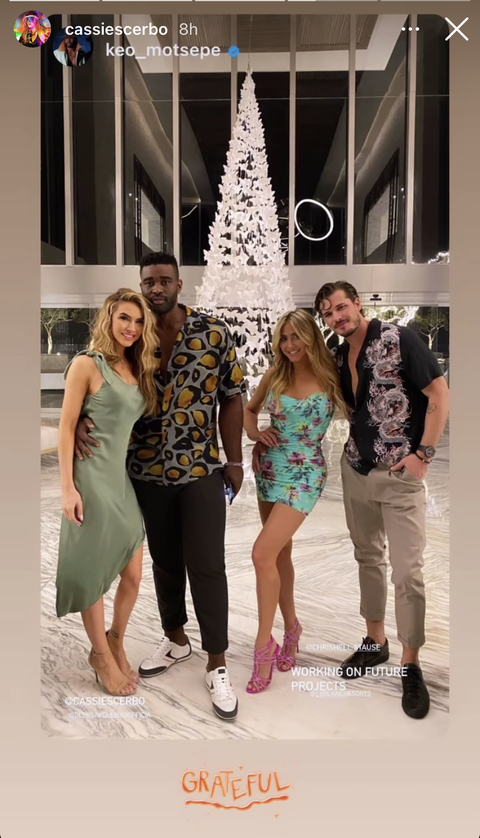 Meanwhile, another source said that “Keo and Chrishell are very into each other and can’t keep their hands off of each other,” while Gleb had Cassie tried to “hide their PDA in the beginning of the trip,” but that “the PDA went up even more after Gleb’s wife went public on her Instagram Live about being upset.”

Truly, I’m living for all of this.