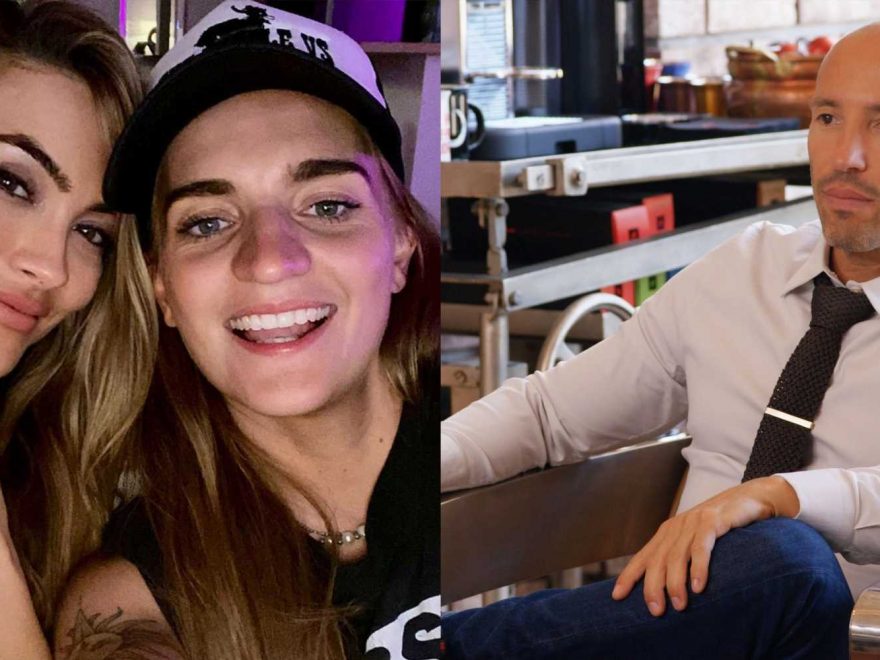 Watching an ex move on is never easy, and Selling Sunset star Jason Oppenheim is living that painful, universal truth right this minute, it seems.

During the Selling Sunset reunion that premiered on Netflix Friday, Jason’s ex/co-star/co-worker, Chrishell Stause, confirmed that she’s seeing someone new (that someone is Australian singer G Flip, who is non-binary). During the same reunion special, a previously-unseen clip aired in which Jason described Chrishell as the “the love of my life” and admitting he’s worried he’ll always regret letting the relationship end.

Jason and Chrishell’s relationship (and breakup) was a huge topic of conversation during the reunion, with both weighing in on the situation and admitting it’s still complicated (he said he “think[s] there’s a lot to work through, and we’re getting there,” while she said “they haven’t had time or space to move on yet”).

With all of this ^^^^^ in mind, it’s not exactly surprising to learn that Jason is A) still hurting about the breakup in general and B) struggling to come to terms with Chrishell’s new relationship, specifically.

A source told Entertainment Tonight that Chrishell and G Flip’s romance “has been really hard” for Jason.

“Their breakup was very painful for Jason and he doesn’t even like to talk about it,” the source added. “He’s not mad at Chrishell and he is happy for her from a friend standpoint, but he is just really hurt. He has been feeling upset since they broke up, and that’s how he still feels.”

FWIW, Jason made a point to express that happy-from-a-friend-standpoint feeling to Chrishell in person during the reunion special, when she expressed how happy she is with G Flip and he said, “The smile that’s been on your face the last couple minutes makes me very happy, so I’m proud of you.”

Consider this proof that, while you can’t avoid feeling hurt in the wake of a breakup, you can still absolutely be a good friend/human being when it comes to your ex.