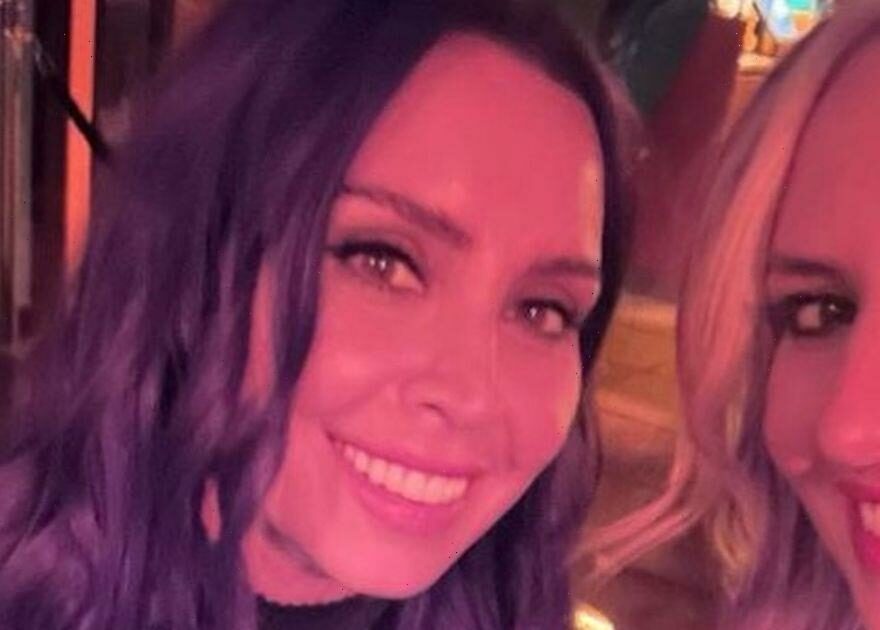 Loose Women panellist Christine Lampard stuns as she shares some photos with her rarely seen sister Nicola Brinkley as the sisters went out on the town to celebrate Nicola's birthday.

The fashionable pair certainly looked stylish as they dressed for the occasion. Christine sported a classic black roll neck jumper.

While birthday girl Nicola donned an elegant blue blouse, featuring a key hole cut out on its front. The sisters posed for pictures as they celebrated the occasion with some prosecco.

Friends and fans commented on the pics, including actress and presenter Emily Atack, who wrote: "Happy birthday you absolute babe @nikjayne_12 !!!"

Christine recently opened up to OK! about her family life, revealing thatshe's "too old" for more kids and is "knackered with two."

The broadcaster is mum to Patricia, three, and Freddie, 16 months, with her husband Frank, 44. She is also step-mum to his teenage daughters Isla, 16, and Luna, 15, from his previous relationship with Elen Rivas.

Discussing if she'd like to have more children, Christine told us: "I’m too old! I think if I was younger I would have thought about it, but I feel very blessed with the two of them – and I’m knackered!

“I rarely find time for myself. If I have them both asleep by 9pm I watch Love Island a for an hour and go to bed.”

Christine and Frank married in a lavish ceremony at St Paul's Church in London followed by a reception at The Arts Club in 2015 after six years together.

In 2018 they announced they were expecting their first child together, and she gave birth to Patricia Charlotte Lampard in September of that year.

Their daughter was named after Frank's mum, who passed away in 2008 at the age of 58.

Frank's aunt Sandra Redknapp, has since revealed that she was left "choked up" over this sweet gesture towards her late sister.

In her book co-written with husband Harry Redknapp, When Harry Met Sandra, she wrote: "I remember Frankie calling me when she was born in 2018 to tell me her name. 'I love it,' I said, quite choked up. And I knew Pat would love it too."