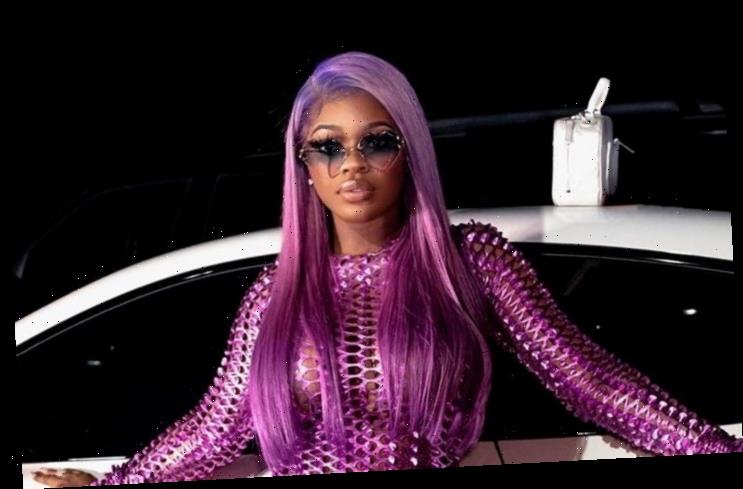 The Miami rapper’s Twitter post gains mixed reactions from fans as some others agree with her while one Instagram user writes to her, ‘Nobody told you to go to jail.’

AceShowbiz -Ahead of presidential election in November, celebrities are getting political on their social media accounts. While some others make use of their platform to encourage people to use their vote, rapper JT expresses her hope to be able to vote for the next president for the U.S.

Taking it to her Twitter account on Tuesday, September 29, the 1/2 of City Girls wrote, “As a felon I feel our votes should still count.” She went on saying, “I mean I do still live here in America & pay taxes as well!”

Felons lose their voting rights indefinitely for some crimes in 11 states. It’s only in Maine and Vermont that felons can vote even while they are incarcerated.

Her post gained mixed reactions from fans. Agreeing with her, one fan commented, “she’s right, why should past mistakes determine whether or not she gets to make an important choice that will shape our future.” Echoing the sentiment, another user added, “A little credit card fraud shouldn’t block your vote. Some of these politicians are dodging felonies themselves.”

However, some others were not exactly sympathetic to her. “When you’re a felon , there are consequences. What is so hard to understand about not being rewarded for doing crimes? It’s not hard sis. It’s not. You just don’t want to understand because you’re STILL FEELING entitled. NO,” one person stated. Another comment, meanwhile, read, “Nobody told you to go to jail.”

JT was jailed in May 2018 after turning herself into authorities for fraudulent credit card charges. She confirmed the news in Instagram Stories, writing, “Did more than I thought I could imagine in this short period of time out on bond. Now it’s time for me to knock this down and come back strong forever. Hold my baby down y’all.” She was out of prison in October 2019 as she celebrated it by releasing a new track titled “JT’s First Day Out.”