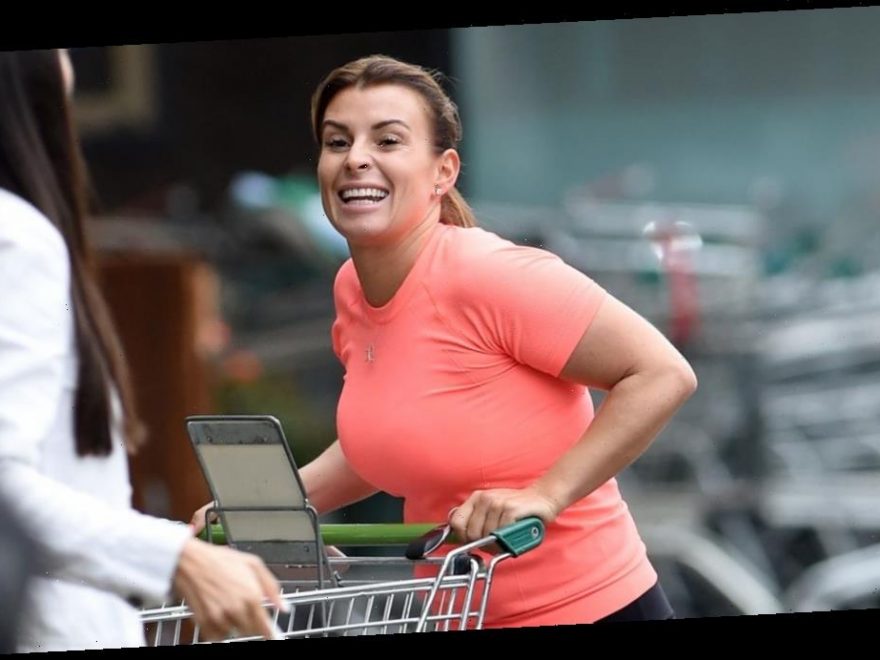 Coleen Rooney has been spotted going on her weekly food shop at Waitrose.

The 34 year old, who is reportedly "not worried at all" about her upcoming court battle against Rebekah Vardy, looked happy and confident as she left the shop in Alderley Edge, Cheshire.

Wayne's wife donned a neon pink t-shirt with a pair of plain black sports leggings alongside some orange and grey trainers for the outing – but neglected to wear her face mask.

The WAG styled her brunette hair back into a low ponytail and kept the make up to a minimum as she donned a light layer of foundation with mascara.

Coleen, who recently wowed in denim shorts on a date night with her other half, completed the outfit with stud earrings and a tasteful pendant necklace alongside her Apple watch.

The mum-of-four, who shares sons Kai, 10, Klay, seven, four year old Kit and baby Cass with Wayne, stocked up on several brands of cereals including Coco Pops and Rice Krispies.

It comes as Coleen reportedly said she's ready to "put up a fight" against Rebekah Vardy after she allegedly filed legal papers in order to speed up the process of taking her to court.

Rebekah, 38, is said to have made the move after believing Coleen is “purposefully dragging her heels”.

Rebekah and Coleen’s court hearing, which is understood to take place later this year, will be the first time they face one another in public after Coleen claimed Rebekah’s Instagram account had sold stories on her.

However, a source has come forward to say that Coleen is "totally confident" in her legal team and has vowed she "won't be bullied" by Rebekah.

"Coleen thinks it’s laughable. She is confident and is certainly not dragging her heels," the insider said.

“Coleen changed her legal team and they are compiling the evidence and preparing to put forward the strongest case possible. Coleen has said she won’t be bullied by strong-arm tactics, nor will she back down."

"Becky’s team are trying to flex their muscles. But they wanted a fight so Coleen’s going to bring them one," the source continued to tell The Sun Online.

Earlier this year, Rebekah filed a £1million defamation lawsuit against Coleen in a bid to clear her name.

Rebekah reportedly filed paperwork that claims Coleen, who’s husband Wayne reportedly fears embarrassment over the legal row, libelled or slandered her by accusing her Instagram account of leaking stories about Coleen to the press.