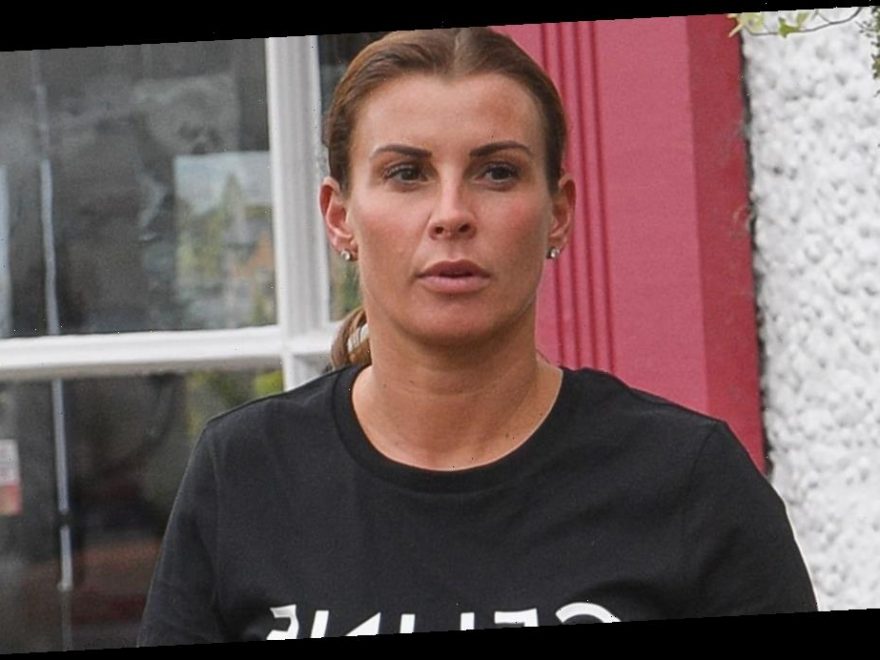 Coleen Rooney has shown off her incredibly tanned legs after arriving home from her family holiday.

The 34 year old and her footballer husband Wayne, also 34, have spent quality time together in Barbados with their sons Kai, 10, Klay, seven, Kit, four, and two year old Cass.

But the brunette beauty has now arrived home to the dreary English weather, being seen heading out for a coffee near her home in Cheshire.

She dressed casual for her coffee run, wearing a black CELINE t-shirt and a pair of ripped denim shorts, modelling grey trainers on her feet. Exiting the establishment, she held a paper cup and her mobile phone in one hand, and a tin foiled sandwich in the other as she headed back to her car.

Coleen's muscular legs gave fans a glimpse at the gorgeous tan she had picked up from her holiday, which she shared a number of photos of on Instagram.

She shared a family photo on 3 August, hilariously moaning at her sons for not looking at the camera in the upload's caption.

Another image posted to her 888,000 followers showed a gorgeous Cass playing on the beach as he sat atop a mountain of sand.

And a day out playing water sports during their trip showed Cass and his big brother Kit having fallen asleep on their mum.

Coleen was recently left forced to shut down reports she and Wayne were expecting their fifth child together.

Taking to her official Twitter account, the star addressed recent pictures taken of her by the paparazzi and told trolls she's simply not pregnant.

Sharing a snap of herself posing with her mum Colette, she told her 1.2million followers: "Having a great time on our favourite Island, so lucky and grateful to be here," followed by a yellow heart emoji.

Coleen continued: "Alot of local paparazzi on the beach as always (doesn't stop us all having fun) seen some unflattering photos out …but no am not pregnant for them asking [sic]," with a laughing emoji.

She added: "I've just put weight on," followed by a smiling emoji.

Fans immediately flocked to the comment section to praise Coleen for her honesty as one person wrote: "Look fabulous! Us woman have a womb so not made to have a flat tummy that area is meant to be rounded! So rude people making comments! X [sic]".

Another said: "Fancy that, a woman putting on a little weight enjoying a family holiday! You look beautiful as ever.. enjoy the rest of your holiday and ignore the s***ty negativity! [sic]"