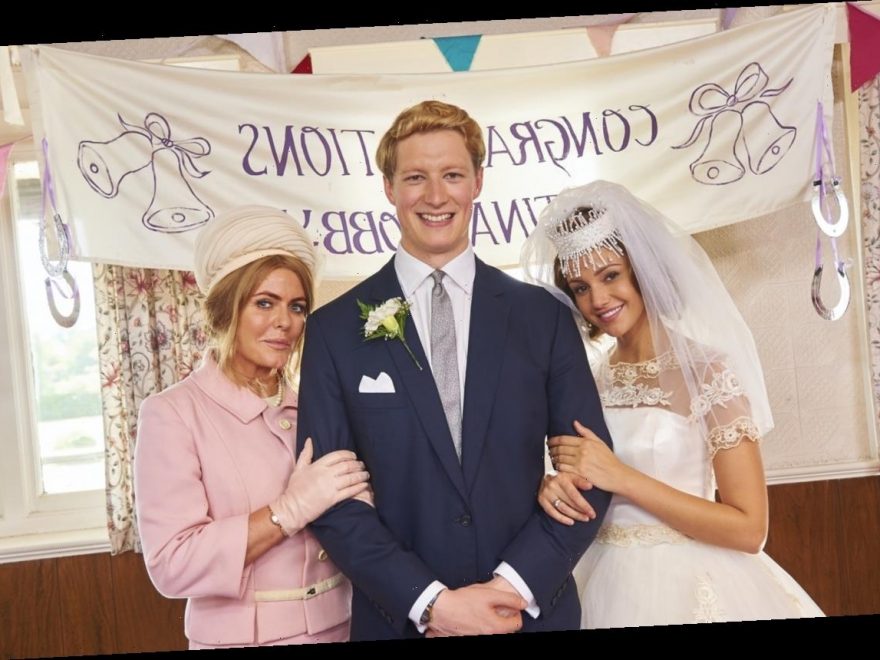 You may recognise Lorne MacFadyen from Grantchester, Outlaw King, and The Little Stranger.

If your lockdown has been anything like mine, then TV has been your saviour. However, early into the pandemic, shows warned that they’d run out of content at some point and reruns of older series may be the norm as production companies adapted to "the new normal." On Aug. 5, ITV brought Tina & Bobby back. The series, which follows the romance of England footballing legend Bobby Moore and wife Tina Dean, first aired in 2017; and it’s just as good the second time around. But who is Lorne MacFayden? The Scottish actor plays Moore, but It’s very likely that you recognise the Scottish actor from his roles on stage and screen.

Tina & Bobby returned to ITV on Aug. 5, 2020, after first airing in Dec. 2017. The series is based on Bobby Moore: By The Person Who Knew Him Best biography, written about the football legend by his wife Tina Moore. The series follows their relationship and, obviously, his footballing success.Our Girl’s Michelle Keegan takes on the role of Tina Moore, opposite Lorne MacFadyen who plays Bobby.

Born on the Isle of Skye, MacFayden graduated from Royal Conservatoire of Scotland in 2015. The ITV biopic wasn’t his first foray into TV. In 2014 he starred in Shetland: Blue Lighting as Angus Tulloch. He was also a series regular in the first three seasons of Grantchester, in which he played DC Phil Wilkinson. In 2016 he played Darryl Quinn in ITV thriller The Level.

A year later, Tina & Bobby hit screens. Speaking about his role to the Radio Times, he said, “Viewers will see Bobby as a real family man. They’ll learn how he dealt with the fame and then the deterioration of his career. You really see the rise and fall of a sporting icon. It’s a relationship drama at its heart, a love story between two people.”

Beyond the screen, MacFayden has starred in a number of stage productions, including the National Theatre, where he played Duncan in Peter Gynt. He also took on the character of Alfieri in A View From The Bridge, Antonio in The Merchant of Venice, and Horner in The Country Wife, all at the Royal Conservatoire of Scotland. Speaking about his theatre work and drama school via Interview he said, “I’ve really got to try things; I got to play parts out of my age range and out of my casting—it’s a really good opportunity for that. Most people at this stage don’t put the trust in you to play something wildly different from yourself, so my only opportunity for that sort of thing was in drama school. But sometimes there is more drama off the stage than on it.”

While he’s had success on stage and in TV series it hasn’t stopped MacFadyen branching out to playing characters on the big screen too. In 2018 he took on roles in Outlaw King alongside Chris Pine and The Little Stranger, directed by Normal People’s Lenny Abrahamson.