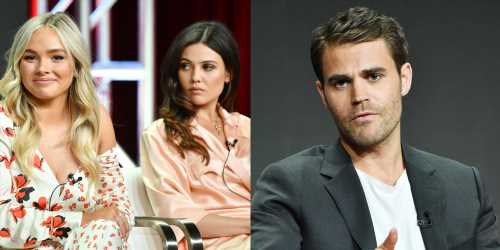 The two actresses were joined by Paul Wesley, Eka Darville, Carrie Ann Moss, Ashley Madekwe, and Matt Lauria to promote season two of their CBS All Access series, Tell Me A Story.

If you don’t know, Tell Me A Story takes the world’s most beloved fairy tales and reimagines them as a dark and twisted psychological thriller. Season two will feature the tales of three iconic princesses – Beauty and the Beast, Sleeping Beauty and Cinderella.

You can see who Paul and Danielle are playing this time around. The two actors were both featured in season one of the series.