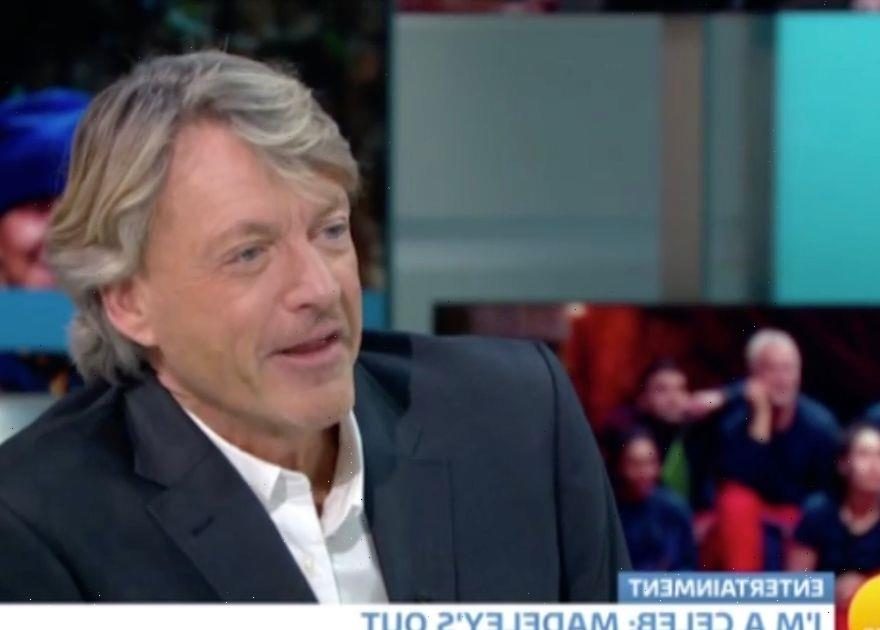 Daytime TV has a string of fan-favourites including Good Morning Britain stars like Richard Madeley, 65, and Susanna Reid, 50, and This Morning staples such as Eamonn Holmes, 61.

All have shared some of the most iconic pictures over the years, and have changed their looks and hair quite dramatically throughout their TV careers.

Even Lorraine Kelly, 62, looks barely recognisable in old images, while Kate Garraway, 54, joked Susanna looked like her co-host Ben Shephard, 46, in one snap when she showed off a super curly perm.

OK! takes a look back through the best throwbacks of the breakfast TV stars, with some shockers in the mix.

Last week Eamonn shared an unbelievable throwback picture of himself at a wedding.

The Irish star was barely recognisable with his 70s mop of sleek brunette hair, standing alongside two of his brothers Leonard and Brian.

The picture was taken in 1978 when Eamonn was only 18 and all three of the men looked similar in their appearance and facial features, though the former’s noticeable smile was helped to identify him in the line-up.

They were posing in suits at a wedding outside a church in Belfast.

The This Morning presenter also shared another snap of himself enjoying a festive reunion drink with his brothers.

Richard has been one of the true stalwarts of ITV’s breakfast television ever since the 1970s.

The presenter, who now co-hosts Good Morning Britain on some days, is a lithe TV star at 65 and wears his blonde highlighted locks in a casual hairstyle swept to the side.

While he has always rocked the same smile ever since his career debut, Richard’s look has definitely changed.

The I’m A Celebrity… Get Me Out Of Here! star used to show off his brunette tresses in a mullet style instead.

He also had an incredibly slim figure in his younger years.

Richard, who is married to Judy Finnigan and has been known as half of “Richard and Judy” for much of his career, recently faced a dramatic exit from I’m A Celeb after he experienced “a funny turn” in the middle of the night at Welsh Gwrych Castle.

The star insisted he was “completely fine” after being rushed to hospital by the on-site medical team, but sadly due to COVID-19 rules he wasn’t able to re-enter the camp.

During his time on the show, Richard’s family released a throwback image of him walking along the street in a pair of flared jeans, a shirt and a pair of boots.

"Lots of lovely comments about how well Richard is looking in the castle, but do you think he could still rock a pair of flares?" the caption read.

Susanna, who turns 51 next week, has taken care of her hair and skin over the years, and still looks as fresh-faced as ever fronting GMB from 6am every morning.

The star, who truly launched her TV career on BBC Breakfast, was a presenter on the show for 20 years.

Susanna, who has three children, then became the lead presenter on ITV’s GMB in 2002 alongside Piers Morgan, 56.

One picture of the star wearing her hair in an incredibly curly style was recently debuted on the morning programme, much to Kate’s dismay.

Unable to contain her giggles at her colleague’s shock, Susanna insisted: “That's how I look in the morning."

She keeps her shoulder-length bob hair in the same easy-care style and it frames her features beautifully.

The star is also known for her low-key makeup and a slick of lipstick, but that was not always the case back in the day.

Lorraine instead sported a tomboy hairstyle, thick-rimmed glasses and an array of serious and bland-coloured suits.

One picture from ITV also shows the star wearing close to no makeup during her role as a roving news reporter.

Nowadays, the presenter regularly rocks sleek form-fitting bold dresses and caramel highlights in her hair, looking ever the professional in the ITV studio.

While Kate enjoyed showing off her shock at Susanna’s hair and makeup mishap picture, Kate also looked very different back in the day.

The journalist and GMB host also opted for an 80s-style bouffant hair look, in a mousy brown shade.

The pictures came during a montage of her career that was shown on GMB after her win at the Tric Awards this year.

The presenter was shown anchoring Central News South back in 1996, and she sported a pair of chunky gold hoop earrings for the news report.

She also chose a lemon yellow suit for her TV appearance.

Kate also sounded much more well-to-do in the 90s, with a clipped voice as she announced: “Good afternoon the lunchtime news for Central.”

While some stars look incredibly different to the start of their careers, showbiz reporter Richard Arnold looks almost the exact same.

The ageless star is now 52, but his features have remained almost exactly the same, and so has his hair cut.

For all your latest updates on daytime TV hosts, sign up to OK!'s daily newsletter.