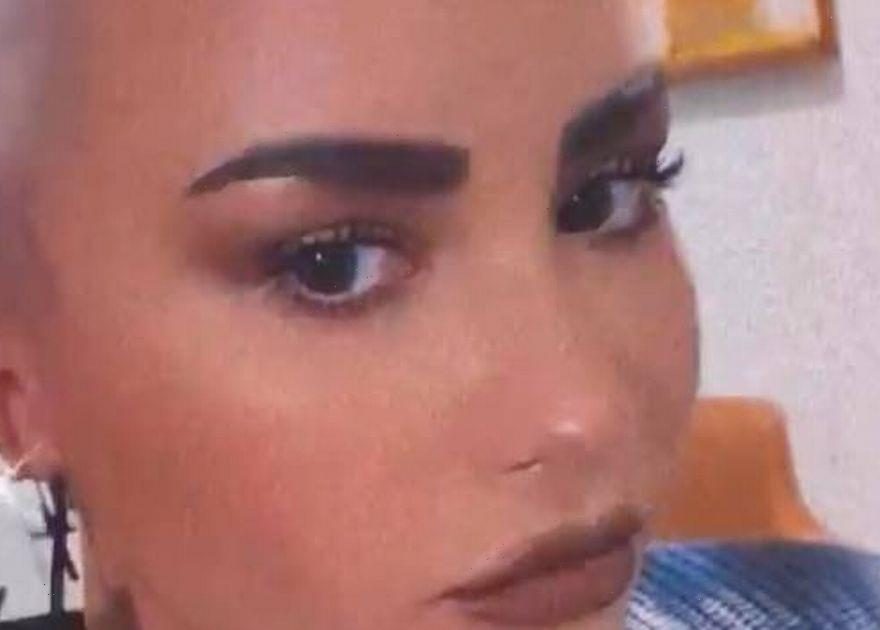 Demi Lovato has debuted a giant new tattoo of a spider on the side of their head.

The star, 29, took to their Instagram story to show off the new ink of the huge spider on the side of their skull and shared a quote which seems to be the inspiration behind the new tattoo.

The lifelike spider tattoo was posted alongside a quote about Grandmother Spider, a legend from Native American mythology. Fans had mixed feelings about the tattoo, with some loving it and others not being too sure.

One fan wrote on Twitter: “Your style , new hairdo , your new tattoos whatever you do I just love seeing your happiness. Keep doing you”.

However, referencing Demi’s love of changing their look, one fan wrote: “Sat through a mullet , accepted a shaved head but A HEAD TATTOO?!!!”

The star is thought to have had another tattoo by Dr Woo in August last year – getting the lyrics to musical group Beautiful Chorus' song ‘Infinite Universe’" tattooed on their hand.

"Love will live forever in the infinite universe," the ink reads, surrounded by stars and planets.

It comes after the singer and actor came out as non-binary last yearand announced their pronouns are they/them, explaining how it represents the "fluidity" in their gender and allows them to feel their "most authentic self".

The star has also been open about their recovery from addiction and their sobriety, after a near-fatal overdose left them with brain damage.

The Skyscraper singer had three strokes and a heart attack in 2018 after the overdose, which left Demi "five to 10 minutes" away from death.

Speaking to Ellen DeGeneres, Demi said:"I talk about a lot. The world has been so loving and accepting of me telling my story and just, there's been so much love and support. "What's great is we live in a time when nobody's perfect, and we're not gonna get role models by watching people not make mistakes.

"We are going to meet and learn from our role models who have overcome their deepest darkest struggles. I wanted to show everyone — first I wanted to set the record straight.

"I just wanted to tell the world, 'Hey, this is what happened, this is how I got through it, and hopefully this can help you too'.

"Because this journey has been such a wild ride but I've learned so much and I can't wait to share it with the world."

Stay up to date with all the latest on your favourite stars by signing up to OK!'s daily celebrity newsletter.