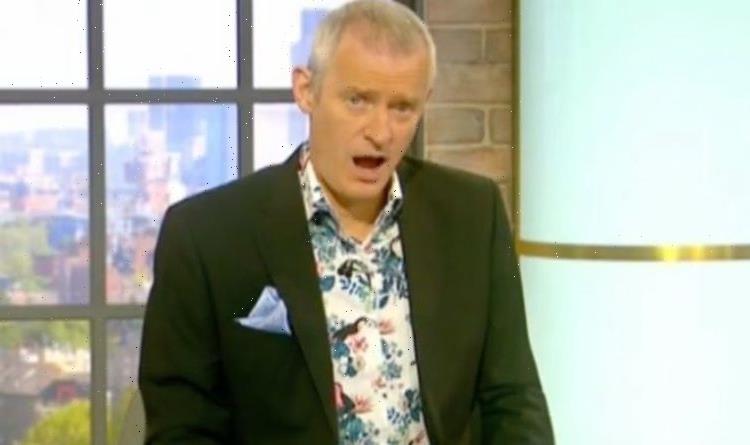 The Jeremy Vine programme on Monday heard from a caller who argued Novak Djokovic should be forced to take a coronavirus vaccine. The world number one is a vocal opponent of mandatory vaccinations. The Serb has been caught up in a diplomatic and legal row with the Australian authorities after being detained and denied entry to the country on health grounds ahead of the Australian Open.

Caller John told Jeremy Vine: “Look, he might be the best tennis player in the world therefore he should be using that to persuade people about anti-vaxxers that the vaccine is the only way we’re gonna get through this.”

Vine asked him: “How do you hold down the best tennis player in the world? I mean, you need a lot of people?”

John replied: “I don’t know, I don’t care how you do it hit you over the head with it.”

“There’s laws against that John,” jocked the host.

The caller continued: “He is abusing his position.

“And he should be setting an example to all these other people in the sports world that are not vaccinated.”

Mr Djokovic has won an appeal against a decision by officials in Australia to refuse the World number one a visa ahead of the Australian Open.

The tennis stat is unvaccinated against coronavirus and has been held in an immigration detention centre in Australia after arriving in the country last Thursday for the tournament.

Australian authorities argued the tennis star did not have a medical exemption despite Djokovic claiming to have contracted Covid last month.

Djokovic’s visa was reinstated on Monday following the court ruling.

However, Australian Immigration Minister Alex Hawke is considering whether to cancel the tennis star’s visa, according to a spokesman.

“Following today’s Federal Circuit and Family Court determination on a procedural ground, it remains within Immigration Minister Hawke’s discretion to consider cancelling Mr Djokovic’s visa under his personal power of cancellation within section 133C(3) of the Migration Act,” the spokesman said.

“The Minister is currently considering the matter and the process remains ongoing.”

After the ruling, the Serb’s brother has released a short statement after the court verdict

Speaking to Serbian TV, he said: “Night without sleep for our whole family, really rough moments.

“Novak has shown that he is persistent and that he believes in his ideals.

“He won this fight for the whole world.”