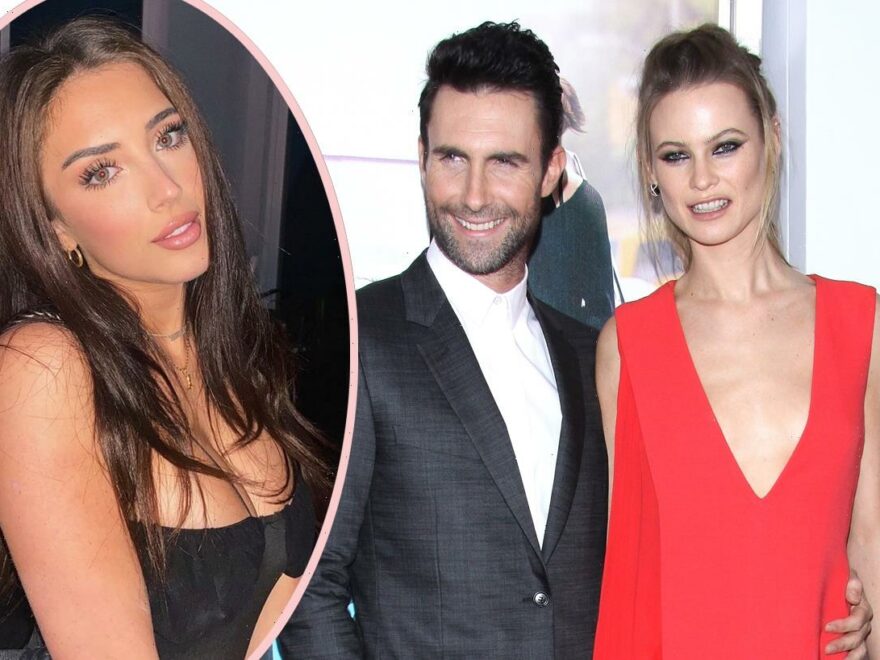 Is this proof Adam Levine was lying in his post in which he supposedly took “full responsibility”?

If you’ve somehow managed to duck this story so far, we recommend you turn your chair around and give it a proper look! An Instagram model named Sumner Stroh went public on Monday with the shocking allegations she and the rocker had an affair for “about a year.” In her TikTok she also made the wild claim that months after the tryst ended, the former The Voice coach reached out again — to ask her if it was cool if he named his and pregnant Behati Prinsloo‘s next child after her. Right?! Crazzzy stuff!

Since then Adam has responded to the claims, saying he takes responsibility for talking to women who aren’t his wife in a “flirtatious manner” — but denying he ever had an affair. Sumner tossed off an IG Story implying he’s lying. So what’s the truth? Well, that’s going to take some more digging… Thankfully we’re getting more info in the form of corroboration — from one of Sumner’s family members!

According to a new report from RadarOnline, this supposed relative of the model revealed more details than ever before about the very REAL physical affair that went down between Sumner and Adam. Speaking of going down… The hookup this family member knows about happened in Austin, Texas last year when Maroon 5 were playing. The insider told the outlet:

“Adam got Sumner front row tickets to his concert as well as extras for (her) mom and her friend.”

The source added the all-important detail:

“They hooked up the night before at his hotel.”

We do know that Maroon 5 played the Germania Insurance Amphitheater in Austin on September 27, 2021. We also know that Sumner was in Austin in September and October thanks to her IG feed.

And remember when Sumner said one of her friends was trying to sell the story of the affair to a tabloid? And that’s the only reason she was going public with it, to kill their story with her own version of events? Well, according to Radar, someone was trying to shop the story around online. And one of the “receipts” was a photo of Sumner in the elevator at the hotel Adam was staying at, timestamped September 27 at 1:15 am — very late the night before the concert. So it’s all adding up.

Innerestingly the outlet understands it was Sumner herself trying to shop the story around! Could she be lying about that part? Hmm…

Whatever Sumner’s true intentions behind coming forward, we’ll say this: the more we hear the more credible her claims become. You’ve got her videos from months ago in which she hints at her love life — while Maroon 5 plays. And the comments from her mother and sister in which they comment on the “song choice” of one of her TikToks.  We know they would know about the affair — her mom was apparently even at the concert with her!

Yeah, it’s definitely getting harder to believe Adam’s denial there was a real affair. What do YOU think, Perezcious Readers??