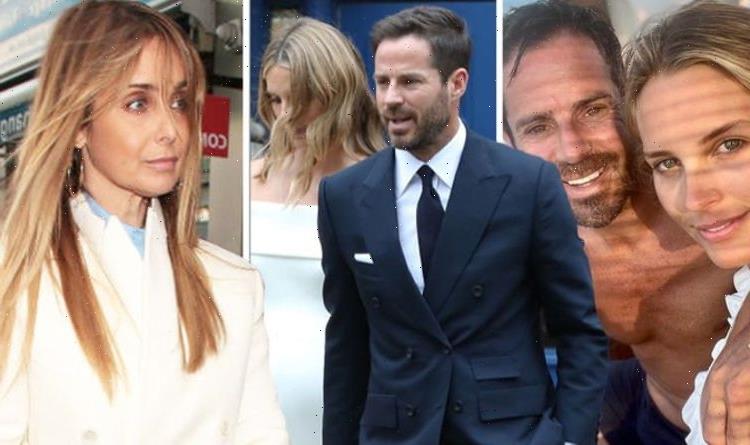 Jamie Redknapp, 48, tied the knot with his pregnant wife Frida Andersson-Lourie, 37, in a low-key ceremony in West London at the Chelsea Registry Office. It has since been claimed Louise Redknapp, 44, “didn’t have time to prepare”.

According to reports, Louise was aware that the wedding nuptials would be taking place.

However, she was not given much notice and has addressed some “regrets”.

Jamie and Louise split after 19 years of marriage following the latter’s stint on Strictly Come Dancing.

The former couple officially divorced in 2018, with Jamie moving on with his new wife Frida.

Addressing the pair’s nuptials, Louise is said to be feeling “mixed emotions”.

“Louise was quite shocked, she only found out very recently. They kept it very under wraps, nobody even knew they were engaged,” a source told OK! Magazine.

“It’s very mixed emotions for her, it’s difficult because she’s spoken quite openly about her regret.

“She’s blamed Strictly quite a lot but, unfortunately, you can’t turn the clock back.”

The source added that Louise was only informed of the nuptials because Jamie wanted their sons – Charley, 17, and Beau, 12 – to enter Kensington and Chelsea Register Office with him.

They continued to the publication: “He wanted his sons to walk in with him but it was a very small affair.

“She only knew because the boys were there.”

“She didn’t have a lot of time to prepare because Jamie just wanted to be married before the baby was born,” the source added.

“He was desperate for them to be man and wife before.”

Pictures of the newlyweds show Jamie beaming as the couple left the wedding venue hand-in-hand.

Frida, a Swedish model and mother-of-four, wore a long-sleeved bardot dress that clung onto her blossoming bump.

The football pundit opted for a dark suit with a matching tie for his big day.

Jamie and Frida, who started dating in 2019, seemingly prefer to keep their relationship out of the public eye.

Louise has previously admitted she regrets not putting in more effort to save her marriage.

She said of the break-up: “I should have paused and thought about other people and had just a bit more time to work out why I felt I couldn’t do it anymore.

“I wish I’d tried. I want to say to anyone thinking of running: Just slow down. Don’t run.”