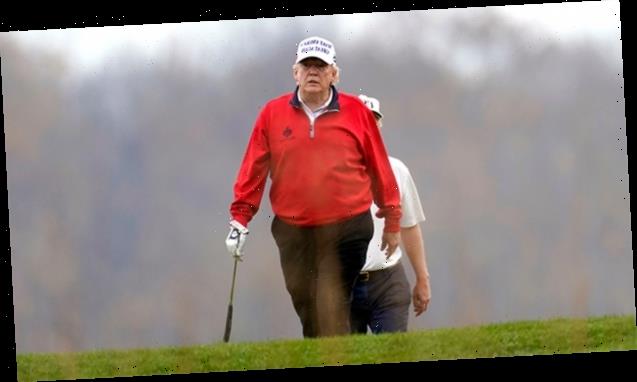 Former President Trump was spotted throwing a massive tantrum on the golf course after missing a big shot in front of his friends.

A day hitting the links in West Palm Beach turned into a full blown hissy fit for Donald Trump. The former president, 74, was spotted smashing his golf club after apparently botching a swing in front of a group of buddies, which included pro golfer Bryson DeChambeau. Trump seemed in high spirits in other photos from the outing before flying into a fit of rage. See the photos HERE.

Trump was, of course, still wearing his red “Make America Great Again” ball cap with a giant 45 embroidered on the side for the March 21 outing. It has been two months since Trump left the White House and Joe Biden became president. His associates all appeared to be wearing red MAGA caps or his other favorite sartorial choice, navy blue hats with his name emblazoned on the front. 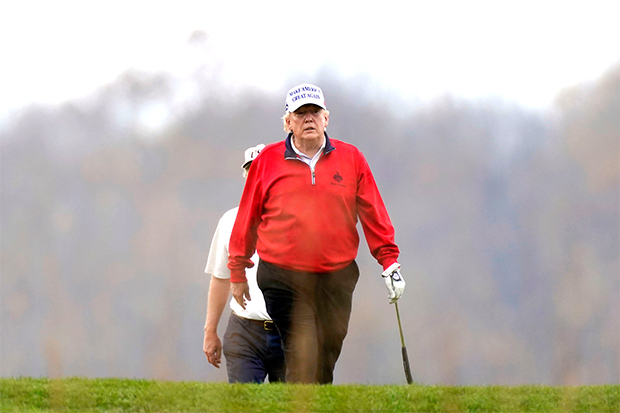 The former president’s day out at Trump International Golf Club comes three days after it was reported that his beloved Mar-a-Lago was partially shut down due to a COVID-19 outbreak. Mar-a-Lago, the Trump family’s new post-White House home, sits just five minutes away from the golf course. While it’s unclear if Trump’s private residence was affected, the club’s dining room and beach club were temporarily shuttered, per the Associated Press.

Ironic, considering how staunchly anti-mask and anti-social distancing Trump has been since the onset of the coronavirus pandemic. Though over 500,000 Americans have died from COVID-19, Trump continued to downplay the dangers of the virus — despite getting it himself. It was recently discovered that he and wife Melania Trump secretly got a vaccine in December 2020. 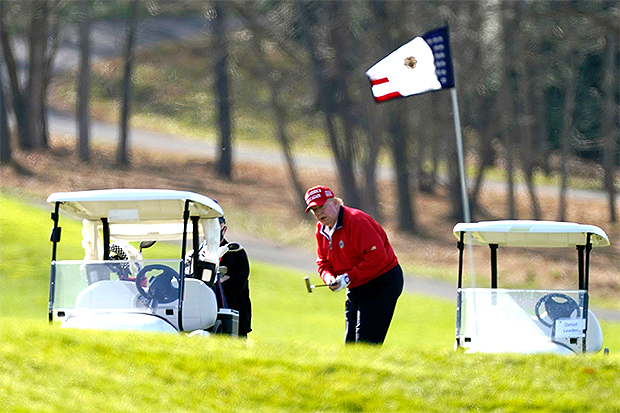 Along with golfing, Trump will soon be returning to his other favorite White House activity: social media. Two months after being banned from Twitter for inciting violence amidst the Capitol insurrection, Trump is starting his own platform. “This is something that I think will be the hottest ticket in social media. Everyone wants him and he’s going to bring millions and millions — tens of millions — to this platform,” spokesman Jason Miller said of the Trump-branded network coming in “two or three months”