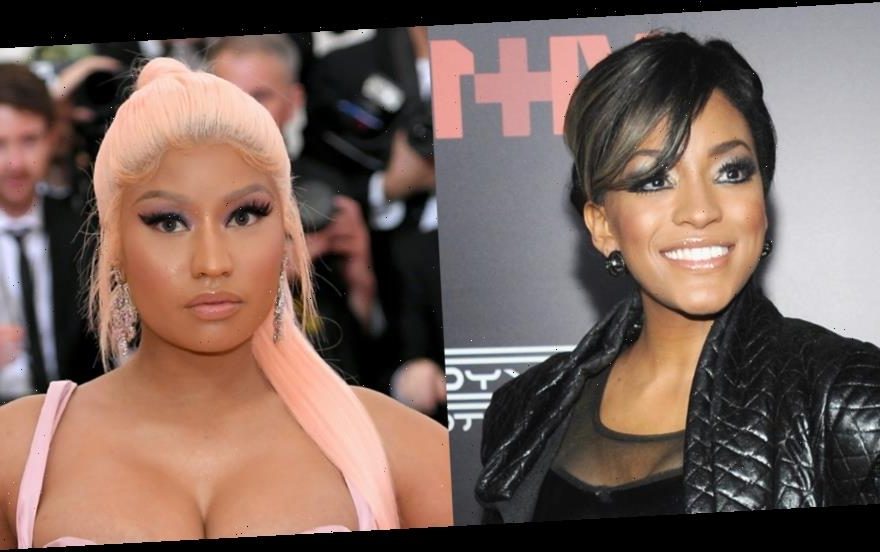 The Real Housewives of Atlanta newcomer Drew Sidora revealed an experience she allegedly had with rapper Nicki Minaj.

During an appearance on Kandi Burruss‘ YouTube series Speak on It, Drew, 35, explained that she was auditioning to play Nicki in an ABC Family sitcom based on the rapper’s life.

Nicki apparently told Drew, “Girl, you don’t look how you looked in TLC,” which was a reference to how Drew looked in 2013 when she played TLC’s T-Boz in CrazySexyCool: The TLC Story.

“So, I was up for an ABC family series, a Nicki Minaj pilot. And Nicki herself said that. She said I don’t look how I looked when I played T-Boz,” Drew recalled. “I was like, ‘Nicki!’ It was like, all these ABC execs around but I had gone through about five rounds. And she really, really liked me.”

“And then she said that in front of all of these [executives],” she said. “It is was it is. I was like, ‘Look, I just had a baby.’ I think at the time my baby was like 3 months old, I was literally still breastfeeding.” Drew was not offended by the remarks and took it as “constructive criticism.”

“What I took away was, ‘Girl, get your life together. Get back in the gym. You can’t keep blaming it on the baby and get to work.’” Like, yes, I had a baby, let’s not body shame, but it did give me that motivation. So I turned it into lemonade like let’s get in the gym and really get my career back. So, I’ve been on a journey of weight loss and just getting back to good health,” Drew added.

Nicki has not commented on this story at this time. She did recently, however, call out this organization.