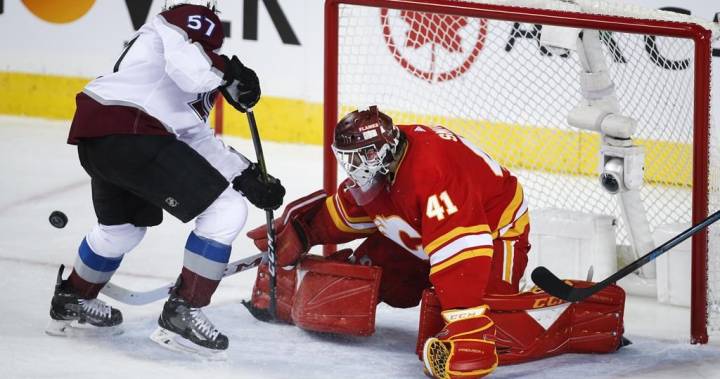 The Edmonton Oilers have signed goaltender Mike Smith to a one-year contract.

Watch below: (From march 2018) Calgary girl gets thrill of a lifetime after sending letter to Flames’ Mike Smith.

Up front, the Oilers are bringing back right-winger Alex Chiasson. He made the Oilers team on a professional tryout contract last fall and wound up scoring 22 goals. His deal is for two years worth a reported $2.15-million per season.

The Oilers also get Markus Granlund for one year at $1.3-million. Granlund, 26, had 12 goals and 22 points in 77 games with the Vancouver Canucks last season.

“I think I can play good defensively and good offensively too. I think I’m a two-way player,” Granlund said. “A couple years back, I was able to score 19 goals. Hopefully I can do that again.”

Watch below: Some Global News videos about the Edmonton Oilers.

The Oilers agreed to a two-year deal with forward Jujhar Khaira, who was a restricted free agent. Khaira, who will turn 25 in August, has played 154 career games for the Oilers. He had three goals and 18 points last season.
​
The Oilers also signed forward Tomas Jurco to a one-year contract. He was drafted by Oilers general manager Ken Holland in Detroit in 2011. Jurco, 26, has played 201 NHL games but spent all of last season in the minors.