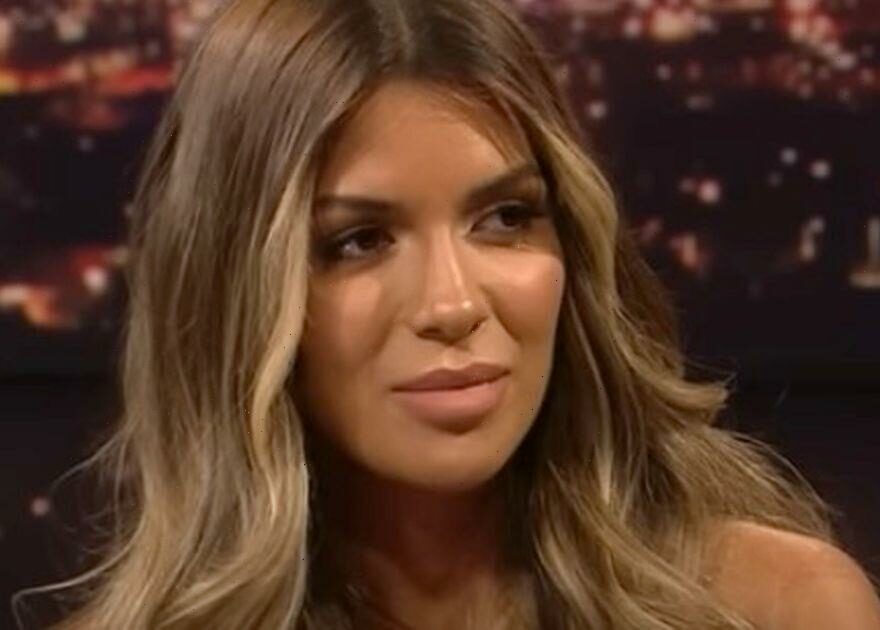 Love Island's Ekin-Su Cülcüloğlu has explained what caused a mystery burn on her arm during the Love Island live final – ending weeks of speculation from fans.

Davide Sanclimenti's beau explained: "The mark on my shoulder, guys, it's gone now.

"I burnt that using a hair tong. So we were rushing to go out, and there was obviously 'party night' in the villa, and yeah, I was curling my hair and literally leant on it.

She continued: "And yeah, I didn't realise I'd burned myself until two seconds later. It was swollen."

It came after the show's fans admitted: "I thought you'd been shot" in the comments, amusing Ekin.

The TikTok in question was that of retailer Oh Polly, who Ekin-Su signed a reported six-figure clothing deal with – rumoured to be the biggest in the show's history – which has been featuring Ekin-Su in a number of fan Q&A's on its page about her time in the Love Island villa.

Ekin-Su looked stunning with perfectly-applied makeup and her long brown hair was poker straight as she spoke into the camera as a fan question on the screen read: "How did Ekin-Su even burn her shoulder in the villa?"

Her fans were quick to comment on the explanation video, with one even dramatically writing: "Thought you got shot or something".

Someone else wrote: "I noticed that on the show and I was thinking did you always have it".

In another Q&A, a fan asked: "Was there an argument/conversation/moment between you and Davide that you wish it was shown on the show?"

Ekin-Su said: "So, the argument that probably wasn't shown was the point when me and Davide had a little argument when I was ironing his shirt and he told me to iron it.

"So I was ironing it and there was something on his shirt and he was messing around with me saying 'you didn't iron it properly' and I was like 'sod this, do it yourself', and we were arguing for quite a while."

She continued: "That wasn't shown and it was quite an intense argument about ironing, but yeah, that was weird."

Ekin-Su and Davide became the nation's favourite couples on the 2022 series of Love Island, as their relatable fiery arguments and sweet kiss-and-makeups earned them legions of fans.

They ended up storming to victory, winning the show by a landslide, receiving 63.7% of the public vote, beating Luca Bish, 23, and Gemma Owen, 19.

The pair seem to be going from strength to strength since they became official in the villa, although they were recently forced to address rumours that Davide had cheated on Ekin-Su after he was spotted getting into a taxi with two female friends following a night out whilst Ekin-Su was working in LA.

They appeared on ITV's This Morning where they quashed any rumours of infidelity, insisting everything was fine between them.