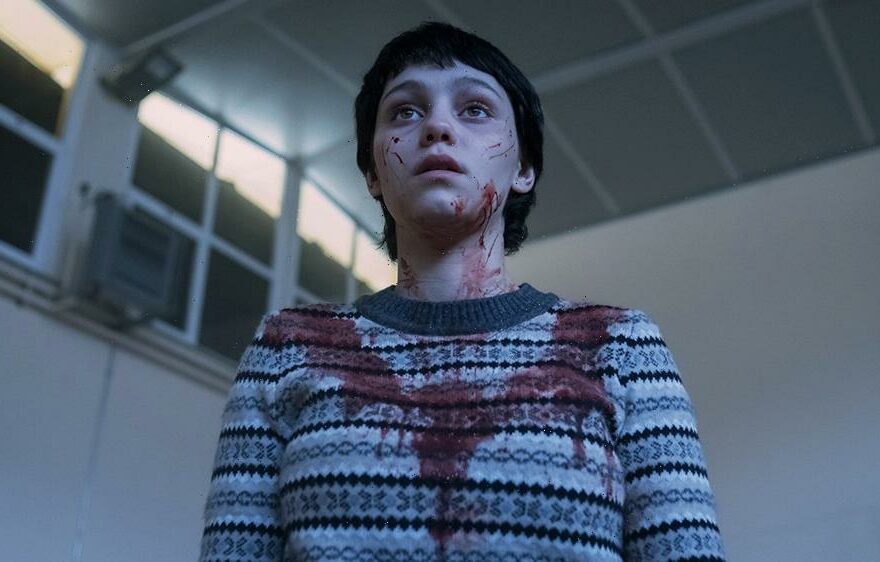 Canal Plus Group-owned Studiocanal and Spain’s Bambu Producciones, producer of “Cable Girls” and “Velvet,” have teamed for “13 Exorcisms,” which looks to be one of Spain’s biggest genre movies in 2022.

Studiocanal is launching worldwide sales on the horror movie at Toronto.

Set in 2015 and starring María Romanillos (“Riot Police”), the title is the feature debut of Jacobo Martínez, who worked with Bambú on Netflix series “Jaguar.” It turns on Laura who, shy and highly sensitive, struggles to fit in at school. On Halloween, she takes part in a seance. From that day on, she is assailed by dark presences, horrifying visions, ominous voices and painful marks on her skin. Convinced she is possessed, her parents and the local priest force her to submit to a series of exorcisms, each more violent and terrifying than the last.

The title marks the third feature film co-production between Bambú Producciones and Studiocanal, which took a minority stake in Bambú in 2016.

Launched in 2007 by Ramón Campos and Teresa Fernández Valdés, Bambú ranks as one of the most game-changing of TV production companies in Spain, bringing a sense of U.S. pace, modern melodrama, intense focus on writing and exacting production standards to such drama series milestones as “Grand Hotel,” the first Spanish TV series to be viewed in Latin America without a neutral Spanish dub.

In 2016, Studiocanal, a 100% affiliate of Vivendi’s Canal Plus Group, took a minority stake in Bambu. Just as many movie companies in the world were moving into drama series production, Bambú, still Spain’s most active TV producer, also moved into movies, launching dedicated film production house Mr Fields and Friends Cinema. Variety talked to Campos ahead of “13 Exorcisms” Toronto bow:

For “One Year, One Night,” you spoke of yoking Isaki Lacuesta’s original voice and your experience reaching the public in commercial TV to make a film which reached festivals and cinema theaters. What are the guiding principles of “13 Exorcisms”?

The idea with Bambu’s genre movies – “32 Malasaña Street,” “13 Exorcisms” –  is to reach younger audiences than with most horror movies. I don’t need to explain the importance of a 13-year-old cinema going public.

“32 Malasaña Street” took on a classic horror sub-genre, the haunted house shocker, but had a rich social-issue subtext. What is “13 Exorcisms”?

Religion vs. science. The film is inspired by several recent real-life cases where the Catholic Church decided a person was possessed when there was sufficient proof to suggest that they were suffering from psychiatric illness. We accessed the court case documentation from one exorcism in Burgos. When you read the declarations of the exorcist and psychiatrist, you can see that they’re talking about one and the same thing, but from different perspectives. We wanted to talk about that.

At the same time, the victim, if underage, as in “13 Exorcisms,” has little say in the matter….

Yes, it’s her highly religious parents and teachers who decide she’s possessed. She battles against that but remains under the tutelage of her parents.

All this in an entertainment-driven movie…..

We’ve aimed to go one step beyond “32 Malasaña Street” in terms of the shocks. I think we’ve found some original moments. One of the screenwriters said that exorcism movies are like bullfights. At the end, you have to perform an exorcism. For us, however, the film’s key is the process of how we get there. The most terrifying parts are all the moments Laura lives right up to when somebody decides she’s possessed by the devil.

You’re announcing “13 Exorcisms” as genre builds, across a broad gamut of styles, as a go-to option for film production.

Yes, horror and children’s fare.  If you have the budgets of “Mission Impossible” or “Top Gun,” you can make a range of movies. But in Spain, the only thing we can do is make children’s and family movies – “Tadeo Jones” or Santiago Segura, in the end its children who take their parents to the cinema – or surprise the public with the horror which they enjoy in theaters as if they’re mounting a rollercoaster.

Genre, as July’s Fantasia Festival or the upcoming Sitges underscore, can be enormously rich in artistic terms…

I’ve become a fanatic. The more genre movies you see, you realize that there are more ways of telling things.