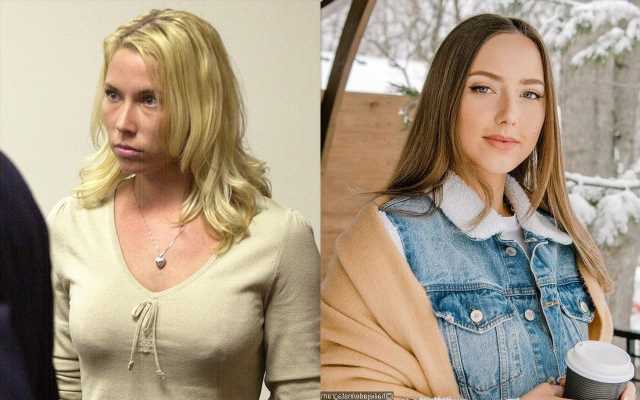 Hailie Jade, whom the ‘Rap God’ hitmaker shares with his former wife Kim Scott, is seen crossing her legs while holding up her phone in the shared picture.

AceShowbiz –Eminem‘s daughter has appeared for the first time since her mother Kim Scott was hospitalized following an alleged suicide attempt. Taking to her social media account, Hailie Jade treated fans to a new mirror selfie.

In the snap, which was shared on Instagram on Thursday, August 19, the 25-year-old beauty was seen crossing her legs while holding up her phone. She looks cute in a white tiny tank top, a pair of shorts, white sneakers and a dark green beanie.

In the caption, Hailie wrote, “heard pumpkin spice was back so it’s only fair that beanies come out now too, right?!” She added, “wearing @pumawomen mayze sneakers here! linked in stories #shemovesus #pumapartner.”

The post was met with positive feedback from Hailie’s followers. “Oh my god literally stunning,” one user gushed, before another added, “I like your outfit Hailie! You’re so stylish all the time!! Keep on going your #1.”

The post arrived around one week after news about her mother Kim’s hospitalization hit media headlines. According to multiple reports, she was discovered bleeding excessively in the bathroom of her Michigan home after Macomb County police responded to a call on July 30.

Kim was allegedly rushed to the hospital to undergo a medical and psychological evaluation. However, she was already recovering at home when the news broke.

The suicide attempt took place just one week after the death of Kim’s mother, Kathleen Sluck. A funeral for Kathleen was held at Lee-Ellena Funeral Home on July 29.

Kim and Eminem, who welcomed Hailie in December 1995, tied the knot in 1999 but divorced two years later. After rekindling their romance and renewing their vows in January 2006, they split again in April that year.

Eminiem also adopted now-19-year-old daughter Whitney Mathers, who was born to Kim from a previous relationship, as well as Alaina, whose mother was Kim’s late sister Dawn. As for Whitney, she came out as non-binary earlier this month and changed their name to Stevie Laine.