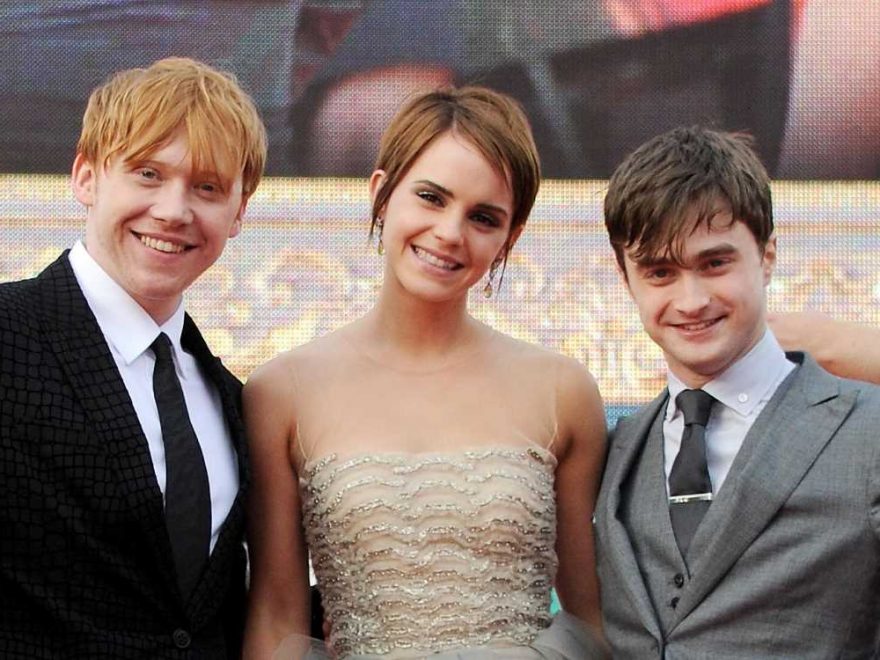 Extremely delayed plot twist to the Harry Potter franchise: Emma Watson almost walked away from the entire thing. The actress revealed this casual-and-not-at-all-shocking fact during ET Canada’s sneak peek of HBO Max’s upcoming Harry Potter 20th Anniversary: Return to Hogwarts, confirming that she almost pulled out of the franchise after Harry Potter and the Goblet of Fire.

This revelation went down during Emma’s conversation with Rupert Grint, who asked her “You were considering pulling out. I’ve never really spoken to you about that.”

In response, Emma said, “I think I was scared. I don’t know if you ever felt like it got to a tipping point where you were like, ‘This is kind of forever now.’

Daniel Radcliffe then added that “We never really spoke about it. I guess we were just going through it at our own pace. We were kind of in the moment at the time. It just didn’t really occur to us that we were all probably kind of having similar feelings.”

Emma then confirmed that she felt “lonely,” and that “The fame thing had finally hit home in a big way.” But she obviously ended up staying, saying “no one had to convince” her to continue the role.

Either way, clearly quitting was something she wasn’t alone in considering, because Rupert added that he also wondered “what life would be like if I called it a day” multiple times. Wow, my middle school self is not okay right now!!!