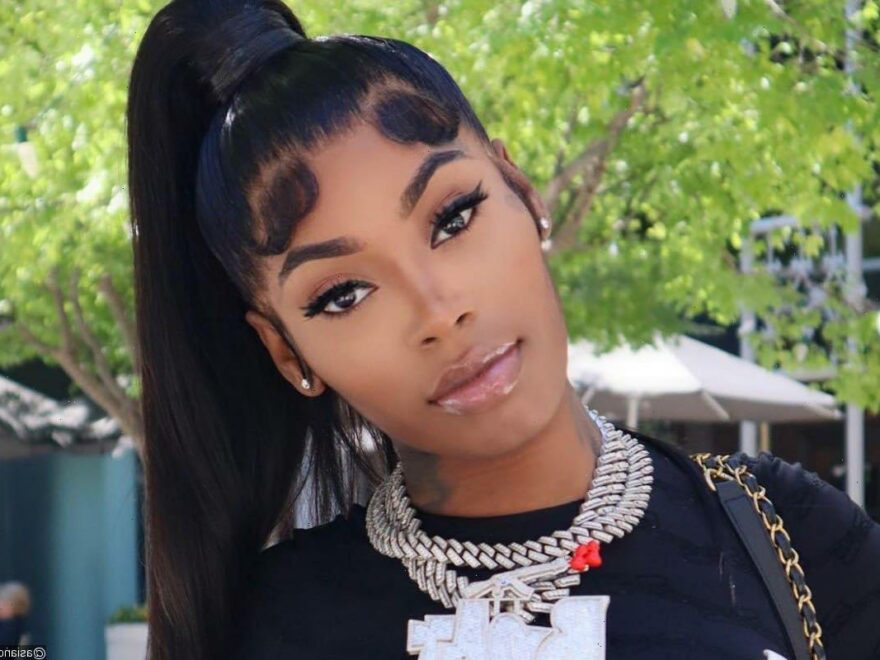 According to a police report, the former girlfriend of the late rapper King Von was taken into custody on Saturday, October 29 due to issues related to speeding.

AceShowbiz -Asian Doll (Asian Da Brat)’s mugshot has surfaced online amid her recent arrest. Despite her run-in with the law, the “No Exposing” artist’s look was still on fleek, prompting fans to gush over her makeup.

The mugshot was shared by The Shade Room on Instagram on Friday, November 4. In the snap, Asian could be seen sporting what appeared to be a prison uniform. However, what stole people’s attention the most was her bold eye makeup.

One person in particular raved, “Her Eyes Tho.” Another commented, “Album cover about to be lit lol she’s so pretty and she look tf good so fine.” Someone else then echoed the sentiment, “she pretty though.”

According to a police report, Asian, whose real name is Misharron Jermeisha Allen, was booked on October 29. Among the reasons for her arrest include, “license required, failure to appear and speeding.”

It was not until two days later that Asian announced her detainment. “Sorry Alabama and dc I won’t be making it I’ve been detained while it’s to my show & I don’t see a judge until Monday I’ll make it up to y’all love y’all stay safe,” she told her online devotees.

On the next day, the former girlfriend of late rapper King Von wrote on her Instagram Story that her “bond was denied.” She added, “Still in jail. Sorry to all my fans about the shows I missed. Love y’all, be back soon.”

Asian seemingly had a rough time in jail as she complained about being ignored by her friends and family. “Everybody that literally left me in jail, just know I won’t be here forever and when I come home it will be the start of something new,” she declared.

“I was the type to give anything and everything to anyone that I love,” Asian further noted. She added that “to see the same energy not applied to me is heartbreaking… Everybody that smiled in my face and told me they got me, they don’t.”