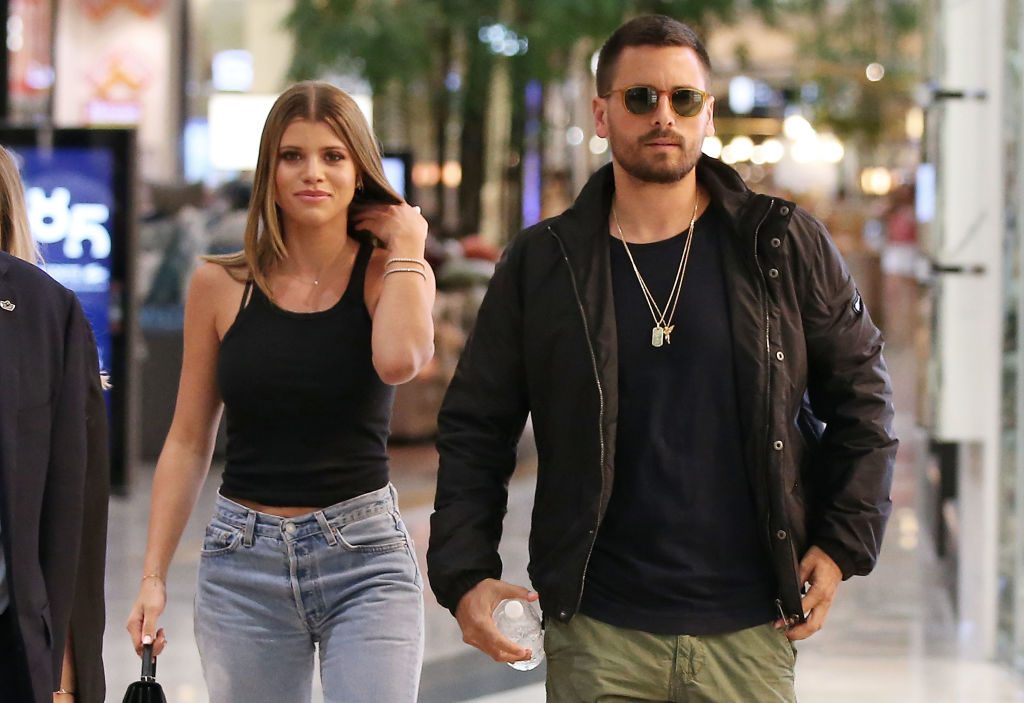 For the past two years, Sofia Richie has been dating tv personality, Scott Disick.

Even though they are 16 years apart, Richie and Disick have maintained a solid relationship over the years and can see a long future together.

While their relationship is going blissfully, the couple has been faced with fans constantly pushing the idea of Scott Disick getting back together with his ex-girlfriend, Kourtney Kardashian.

With this idea still hanging over their heads after these past two years, has Sofia Richie finally reached her boiling point?

Ever since fans were first introduced to Scott Disick as Kourtney Kardashian’s boyfriend on Keeping Up With The Kardashians, they instantly fell in love with them as a couple.

During their eight-year relationship, Kardashian and Disick had their fair share of ups and downs but made it seem like nothing in the world could break them apart for good.

After trying to make it work for the sake of their three children, Scott Disick and Kourtney Kardashian decided to call it quits and finally go their separate ways.

Two years after their split, it was revealed that Disick had started dating the 18-year-old model, Sofia Richie.

While many fans wondered why Disick was dating someone so much younger than him, others urged the tv personality to get back together with his “one true love” Kourtney Kardashian.

Ever since then, fans have been constantly begging Disick and Kardashian to get back together, but many of us can assume that hearing these pleas are not fun for Sofia Richie.

Though Richie knows the former couple has a history together and will always remain in each other’s lives for the sake of their children, we wonder if the thought of Disick and Kardashian getting back together has crossed her mind?

While many assume that Sofia Richie is jealous of fans always pushing the thought of her boyfriend and his ex getting back together, it actually doesn’t bother her too much.

Richie is confident in her relationship with Disick

As it turns out, Sofia Richie actually “does not feel threatened or jealous whatsoever when it comes to fans asking for Scott [Disick] and Kourtney [Kardashian] to get back together. In fact, she completely understands where they’re coming from and is not surprised at all by their reaction,” a source revealed to Hollywood Life.

This reveal comes a few days after a fan took to Instagram, begging Scott Disick to, once again, get back together with Kourtney Kardashian, in the comments section under his birthday tribute to his daughter Penelope.

Happy birthday to my little angel who shows me what life’s about every single day. Love u 2 much poosh

The fan wrote, “Penelope needs mom and dad together,” and though many of us already know that Disick and Kardashian are great at co-parenting, Sofia Richie understands why fans think this way.

“Sofia knows that Scott and Kourtney’s relationship has played out for years in the public eye and on camera for millions to see. Coupled with the fact that they have three kids together, she gets why fans would love to see them reunite,” the source explained.

Even though Sofia Richie is constantly seeing fans begging Scott Disick and Kourtney Kardashian to reunite, the model is confident enough in her relationship to not let the comments get to her.

Best night celebrating you @letthelordbewithyou ? an amazing soul. we all love you very much

“But Sofia is a very confident woman and also makes it a point to keep her relationship with Scott more private, so people don’t have insight into what they’re like as a couple,” the source continued. “Sofia feels that if their relationship had the same exposure, then fans would be rooting for them, too.”