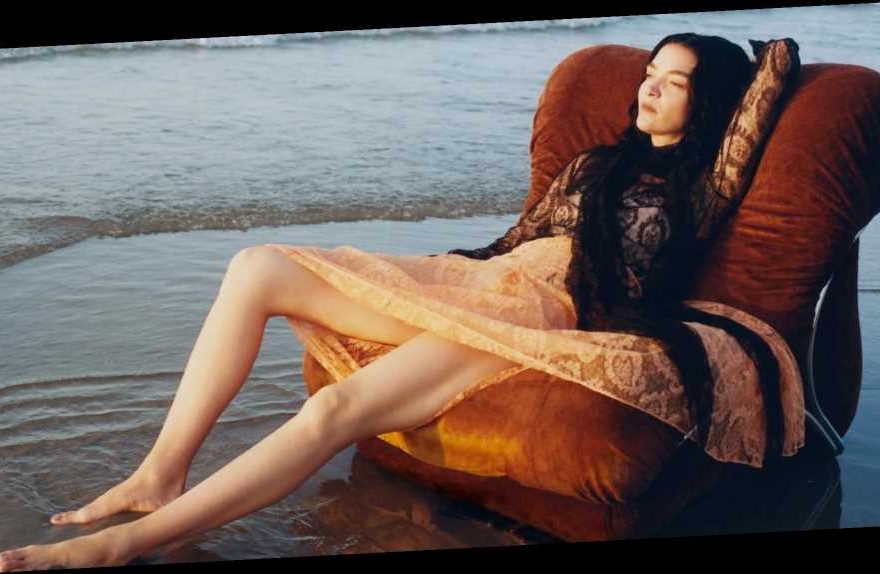 At age 60, Silvia Venturini Fendi has spent much of her life missing pink. “I come from a very matriarchal family,” she says over the phone from her office in Rome. “My grandfather died young, and my grandmother was the first real feminist of the family. The women acted more like men, according to the values of the time.” Feminists had fewer sartorial options back then: “When I was a little girl, my mother never bought me a pink dress. I was often dressed in boys’ clothes. For my mother’s generation, to raise a woman for the future, you had to break with the past.”

And yet women leaders are their own tradition at Fendi. Anna Fendi, Silvia’s mother, was one of five sisters who joined the family company in 1946 to assist their mother, Adele, the face of the company that bore the name of her husband. It took another couple of decades for Fendi to transition to a proper fashion house, when Karl Lagerfeld came on as a consulting creative director in 1965. By the mid-’70s, Fendi was a full-blown ready-to-wear company with a reputation for exceptionally innovative artisanal craftsmanship and high-intensity glamour. Venturini Fendi officially joined in 1994 to handle accessories, menswear, and children’s wear. Under her, the accessories division became a kind of legendary fashion graduate school, where designers like Gucci’s Frida Giannini, Dior’s Maria Grazia Chiuri, and Valentino’s Pierpaolo Piccioli cut their teeth. When hiring, she says, “what interests me is someone with an open mind. When someone applied for a job and they showed me a portfolio of beautiful clothes, I’d propose accessories, and you’d see from their reaction if they were really open to new experiences.”

One of Venturini Fendi’s best-known creations was the Fendi Baguette, a mini–shoulder bag whose OCD genius was its never-ending combinations of outrageous embellishments and skins — the better to show off the in-house design and technical brain trust, and the easier to collect ad infinitum. The Baguette became a ’90s fashion craze unlike few others, pushing Fendi into the stratosphere. (In 1999 Prada and LVMH each bought a 25.5 percent stake in the company. In 2001 Prada sold its shares to LVMH for $265 million. Three years ago Fendi passed the billion-dollar mark in annual sales for the first time.) After Lagerfeld died in February 2019, Venturini Fendi became the house’s sole creative director, and so the 2020 fall season was her first women’s collection without his input. Staged in Milan just before Italy went on lockdown because of the coronavirus, the show combined prominent volumes, softly structured tailoring, and lingerie details including, yes, pink.

In turning the color around from its habitual associations, Venturini Fendi says she wasn’t making a conscious homage to millennial pink, the Pepto-Bismol shade that became de rigueur for previously unladylike items like techno gadgets and men’s suiting. But by rethinking her ballet shade, she shares the same spirit. In playing with other classic hallmarks of men’s and women’s fashion — lapels versus lingerie, wool felt versus satin — Venturini Fendi, like the rest of us, is questioning the rigidity of gender categories and the representation of age-old symbols and colors. If Anna were still around, there’s no doubt she’d love it. Today “we bring the boardroom into the bedroom” in new ways, Venturini Fendi says. During quarantine at home in Rome with her children and grandchildren, she was no stranger to attending a Zoom meeting in a fancy top and sweats. She reached into the archive for colorful silk blouses, like Lagerfeld’s 1980s pieces inspired by the Milanese postmodern design collective Memphis. “I was obsessed with that collection,” she recalls. “I’ve been wearing the shirts and jackets lately, and people can’t believe they’re not from today.”

Thinking they might be hunkered down for many months, Venturini Fendi got into cooking routines (she does a mean pesto with arugula and lemon zest) and bought her grandchildren a kiddie pool. Unfortunately, she says, she didn’t wade in herself—Italy reopened in June and, at least at press time, was still holding steady enough that its dark days from early spring are becoming a memory. “Confinement went so fast, when we talk about that moment, we think we had the best time together,” she says. “But in fact we were a little depressed and sad at first. I was making plans like we were going to be locked in for a long time, probably out of panic. Finally I said, ‘OK, let’s not worry. If we are here, we have a garden. We will have the best time we can.’” Another key change under Venturini Fendi: The fall runway was far more diverse than in recent memory — ages, body types, and colors were broadly represented. “I am a woman now at the head of the creative studio,” she says. “Women are multifaceted. I wanted to express this mystery of femininity through many different women, not just one type,” as was more the case with Lagerfeld’s tendency to cast very skinny, very young, and very dewy models. “When women design for other women, there is a sense of reality,” she adds. “Men can have an idea of women that isn’t related to our real lives. I wanted to talk about that with this show.”

Venturini Fendi was clearly ready to take the reins herself, though Lagerfeld was family, and his death hit the house hard. Two days before Fendi’s fall 2019 show took place, Lagerfeld passed away from prostate cancer, which was a surprise, even for them. (Lagerfeld was notoriously discreet and didn’t talk about his illness outside a microscopic circle.) For the family, the show went on in sadness, and Silvia took her bow alone. “I met Karl when I was 5 years old,” she says. “It was a long relationship that taught me a lot. He had this huge talent, but also on a human level he was important to me. I didn’t just see him as a professional. His attitude toward life fascinated me. Maybe from the outside he seemed icy. You had to know him very well to know that he was sweet and kind. Everyone who worked with him at Fendi has such good memories of him. And time spent with him was always enriching. Yes, he was demanding, but he trained me well.”

Long before she got to work with Lagerfeld, Venturini Fendi knew she wanted to contribute to the family business. “I started attending creative meetings when I was 6!” she says, laughing. “I was there with my mother all the time, and it was like going to fashion school from a very early age. I always wanted to help at Fendi and hated school, where I felt I was wasting my time. I just felt I didn’t need it for my career.” Venturini Fendi now reaches for the same classics she blew off when she was young: Roman historians and poets, as well as art and architecture. Her hungry mind has led her to deepen Fendi’s presence outside of clothing and accessories. Anna started Fendi Casa in 1987, but Venturini Fendi has taken the company’s interest in design to another level, partnering with exciting up-andcoming designers like Cristina Celestino and Kueng Caputo. She was also a producer of Luca Guadagnino’s breakout movie, I Am Love, and his experimental remake of Suspiria, a supernatural classic from the ’70s.

Along with industry peers like Giorgio Armani, Raf Simons, and Alber Elbaz, Venturini Fendi has militated for the industry to slow down and allow the creative teams to focus on core twice-yearly collections, which have long been the backbone of any fashion company. “It was getting impossible to give beautiful things the time to be worn and seen,” she says, noting that the resort and couture collections are on hold. If there’s anything that the quarantine has taught us, it’s that quality, especially at the house of Fendi, shouldn’t be rushed.

For more stories like this, pick up the September issue of InStyle, available on newsstands, on Amazon, and for digital download Aug. 21.