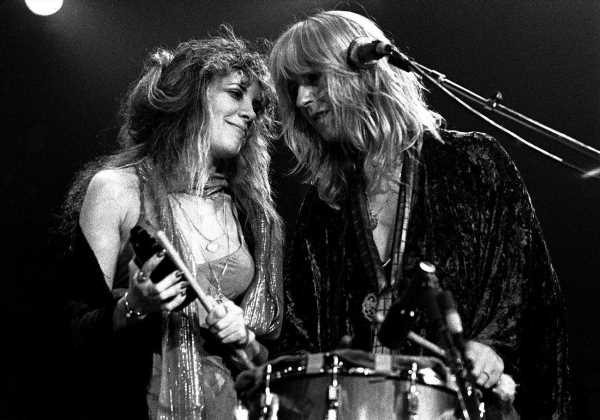 The tense dynamic between the members of Fleetwood Mac, particularly during the Rumours era, is as compelling as their discography for some fans. After years of breakdowns and breakups while working together, it’s a wonder that the band still exists. Though they don’t have to be best friends to work together, it certainly helps, especially for the band’s two female members. So, are Stevie Nicks and Christine McVie friends?

Fleetwood Mac existed long before Nicks and Lindsey Buckingham joined its ranks. Mick Fleetwood wanted to freshen up the band with Buckingham on guitar. Buckingham said he would join, but only if then-girlfriend Nicks came with him. Fleetwood decided to let McVie, the only woman in the band, decide whether or not she wanted to work with Nicks during a dinner meet-up. Nicks didn’t find out about this situation for years; she simply thought they were having a nice meal.

“We went for Mexican food with them,” Nicks told The Guardian, “and we laughed and laughed, because you English people have a very strange sense of humor. Even Lindsey had fun – he didn’t want to, but he couldn’t help it.”

“It was critical that I got on with her because I’d never played with another girl,” she said. “But I liked her instantly. She was funny and nice but also there was no competition. We were completely different on the stage to each other and we wrote differently too.”

Are the two bandmates friends?

While touring, Nicks and McVie picked up an easy friendship.

“We shared rooms, did each other’s makeup and lived on Dunkin’ Donuts,” McVie said.

They also supported one another when both of their relationships broke down. When tensions rose in the band, the two could count on each other to have dinner together, away from the chaos.

Though Nicks has said that the band hasn’t really been friends since 1976, this sentiment doesn’t seem to extend to McVie. Per Harper’s Bazaar, Nicks calls McVie her “mentor, sister, and best friend.” McVie has also spoken highly of her bandmate.

“Stevie is just unbelievable,” she said. “The more I see her perform on stage the better I think she is. She holds the fort. She’s a brand.”

Nicks realized just how much she valued McVie’s friendship after she returned from a 16-year retirement.

“When we went on the road, I realized what an amazing friend she’d been of mine that I had lost and didn’t realize the whole consequences of it till now,” Nicks told the Star Tribune. “She brings the funny back into Fleetwood Mac. Before, it was just a boys’ club. With her back, there’s more of a feminine touch to the whole thing. I never want her to ever go out of my life again, and that has nothing to do with music and everything to do with her and I as friends.”

Though years of breakups, drugs, and affairs proved corrosive for other relationships, it seemed only to strengthen Nicks and McVie’s friendship.

Stevie Nicks and Christine McVie hold hands after every performance

Despite the splintered dynamics among other members, Nicks and McVie’s relationship is much warmer. After performances, they share a moment that Nicks says always makes her emotional.

“When I finish [performing] Silver Springs [with Lindsey Buckingham], Christine [McVie, Fleetwood Mac’s keyboardist and vocalist] waits for me and takes my hand,” she told Macleans. We walk off and we never let go of each other until we get to our tent. In that 30 seconds, it’s like my heart just comes out of my body.”