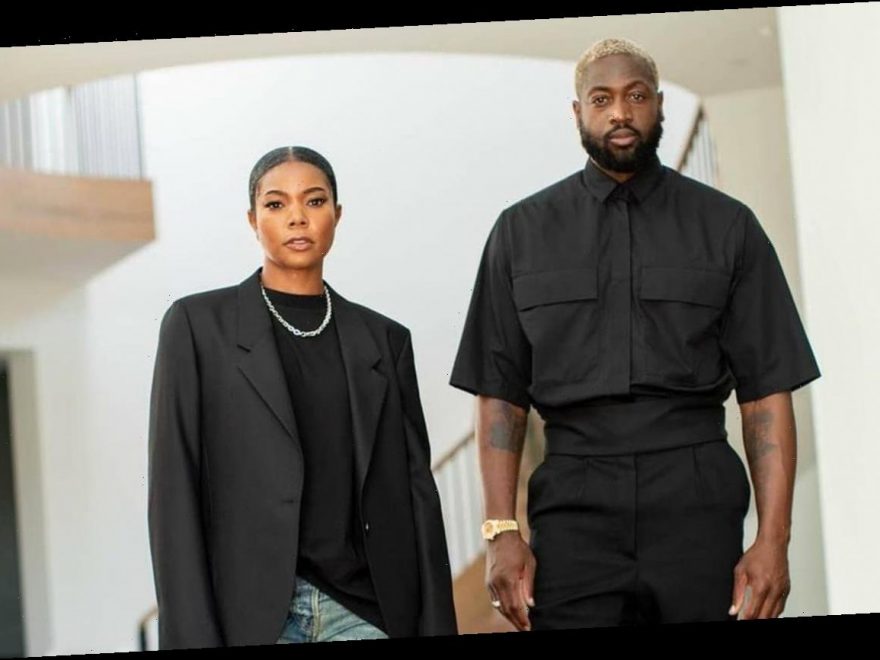 The ‘Bring It On’ actress finds it hard to get through the Covid-19 pandemic as she felt ‘exposed’ while spending so much time with her husband during the lockdown.

AceShowbiz –Gabrielle Union feels “exposed” spending so much time with Dwyane Wade amid the coronavirus pandemic.

The 48-year-old actress has been married to the former NBA star since 2014, but Gabrielle has felt like she’s been “getting to know” Dwayne over recent months as he’s developed a better understanding of her post-traumatic stress disorder (PTSD).

The Hollywood star – who was diagnosed with the mental health condition after being attacked and raped when she was 19 – explained, “I think it has been hard during the quarantine because we are in the same space.”

“I have not been home in any kind of consistent way since I have been an adult, so just getting to know my husband, which sounds crazy, I was like, ‘Oh, every day, every day you’re going to be here, okay ahh yeah I guess this is healthy.’ “

The “Bring It On” star has been attending therapy since she was attacked in 1991. However, the pandemic has made Dwyane more aware of her issues than ever before.

Speaking on “Peace of Mind” – which is hosted by Taraji P. Henson and Tracie Jade – she shared, “I just feel a little bit more naked, exposed.”

“Because I am just on Zoom with the therapist and I can hear the household, and then the doors open and … there is not enough space, you know what I mean, and that kind of worries me sometimes.”

“You know when people are like, ‘You gotta keep the mystery about yourself. Don’t tell him everything.’ I’m like, ‘Well, s*** then, the pandemic, you got the whole thing.’ “

At times, Gabrielle has even wondered if the situation could threaten her marriage.

“You get worried that maybe you have revealed too much and you’re going to scare them away because damaged women aren’t supposed to be lovable,” she sighed.