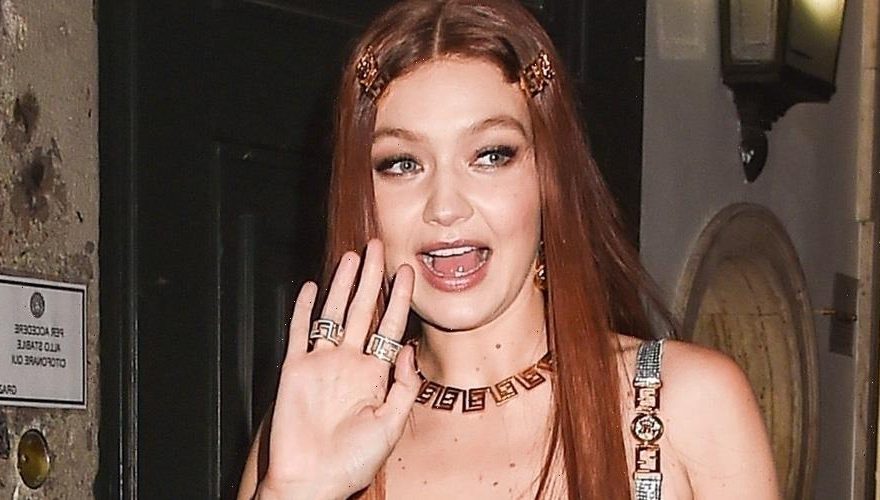 Gigi Hadid is having a busy Fashion Week!

The 26-year-old model was spotted making her way home after a Fendace after party on Sunday (September 26) in Milan, Italy.

PHOTOS: Check out the latest pics of Gigi Hadid

She looked super chic for her appearance, wearing a cropped silver top, black trousers and lots of gold jewelry.

A day later, she was photographed arriving in Paris for her next round of fashion shows. Earlier this week, she hit the runway for the Alberta Ferretti show before walking alongside Joan Smalls and Irina Shayk for the Max Mara show.

She was also spotted on the runway with her brother’s girlfriend Dua Lipa. Check out all the photos of them at the show here!