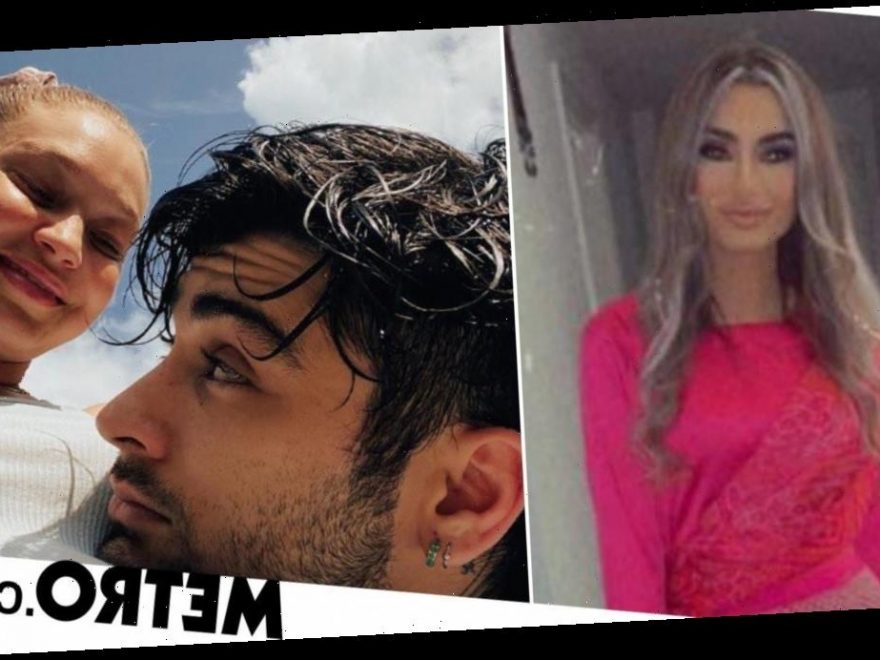 Gigi Hadid has admitted she is gutted to have missed the wedding of boyfriend Zayn Malik’s sister this weekend.

Zayn’s sibling Walihya shared photos and videos of her stunning nuptials on Saturday after tying the knot.

It seems Gigi, who welcomed her first child with Zayn in September, had a case of FOMO after being unable to attend the ceremony.

‘Wish I could be there so happy for u. Big love x,’ Gigi commented under Walihya’s post.

Walihya shared photos of her bridal outfit, which included a pink gown with an embroidered sash. Other posts show her surrounded by family members and the wedding cake which had her name and husband Junaid’s written in icing on the base.

‘Best days with the best people❤️I honestly don’t think I could of had a more beautiful day💕💖 الحمد لله 🤍✨ I can’t believe we are officially married💍,’ Walihya wrote.

It’s not known if Zayn was able to attend the wedding without Gigi and travel restrictions may have prevented him from doing so.

Zayn is believed to have a close relationship with his siblings as his mum Trisha previously said: ‘He’ll tease his sisters, he’ll hug them and they might have an argument like brothers and sisters do.

‘He spoils the younger one.’

The pop star has been busy enjoying fatherhood after welcoming his daughter with Gigi three months ago.

They’ve chosen to keep their baby girl’s identity hidden for now but have teased their Instagram followers with glimpses of the tot.

Announcing their daughter’s arrival, Gigi wrote in one post: ‘Gigi wrote: ‘Our girl joined us earth-side this weekend and she’s already changed our world. So in love.’

Zayn added: ‘Our baby girl is here, healthy and beautiful🙏🏽❤️to try put into words how i am feeling right now would be an impossible task. The love I feel for this tiny human is beyond my understanding. Grateful to know her, proud to call her mine, and thankful for the life we will have together.’