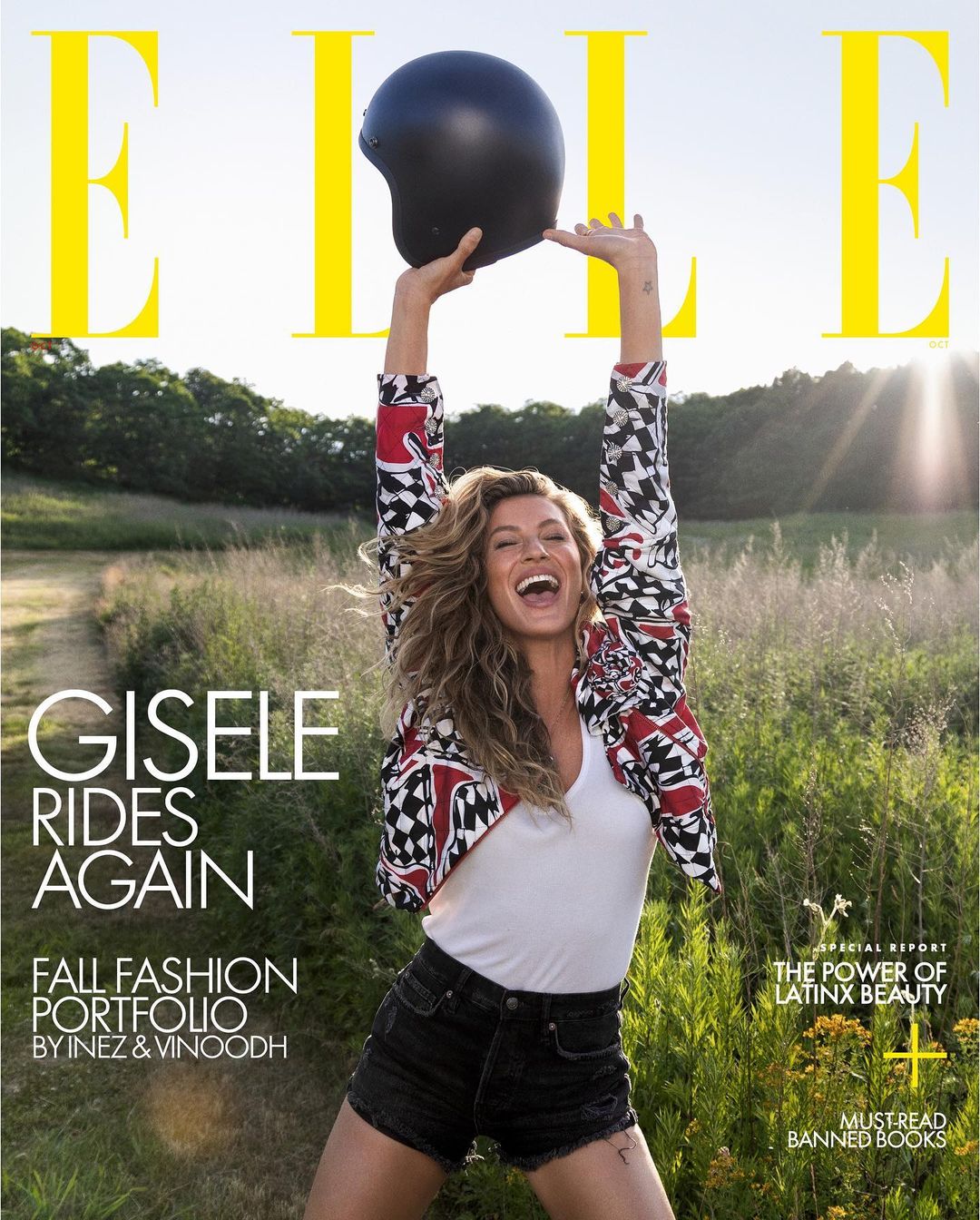 Gisele Bundchen covers the October issue of Elle Magazine. While Elle tries to make it sound like Gisele rarely does editorials these days, she usually covers a couple of magazines a year? Like, she still gets offered tons of editorial work and – as she says in this piece – she still gets offered runway work too. Gisele is 42 years old and she could still be a full-time working model if she wanted to. Fashion designers still want to work with her, magazines love working with her, and I think that’s sort of the point of this Elle piece too. Gisele is on a comeback path, but an evolved comeback. She repeatedly references that it’s finally “her” time after spending a chunk of the past decade raising her children. She also talks about the rumors of marriage trouble with Tom Brady. Some highlights:

Her 30s, living in Boston: “I’m so grateful to have been there in those moments that were really shaping who they are as people,” she says of her children’s early years.

Her turn: “I feel very fulfilled in that way, as a mother and as a wife. And now it’s going to be my turn. It’s not like I’m going to be in the valley forever.”

Pollution: “In every major city, they’re putting toxins in rivers, and we have to think about what we’re doing, how we are jeopardizing the very ecosystem that provides us life. We are all connected.”

Planting trees: “That just shows you [that] in life, you reap what you sow, literally.” (In the end, Bündchen’s birthday campaign funded more than 250,000 trees.)

Optimistic environmentalism: “Most of the media chooses to focus on things that are negative, so if you are tuning into that frequency, you feel hopeless. My intention is to bring hope, to bring the possibilities, to show the beauty—to say, ‘Hey, we’re living in heaven, right here.’ ”

She still gets offered runway work: “Believe me, every year [designers] ask, ‘Please, Gisele, do the runway,’ ” she says, adding that she has “zero desire” to return to shows.

She’ll still do editorial work though: “It’s very easy for me to go there and create a character and play that role for the day. It fuels me.… I feel inspired to go and create more beautiful things in the world in different ways, too.”

On her reported desperation to get Tom to quit playing: “I think this is the system we’ve been living in. That’s what society has accepted and what society hasn’t accepted.” Ultimately, she wants him to be happy and she knows better than anyone how much he loves the sport. “Obviously, I have my concerns—this is a very violent sport, and I have my children and I would like him to be more present. I have definitely had those conversations with him over and over again. But ultimately, I feel that everybody has to make a decision that works for [them]. He needs to follow his joy, too.”

Rumors of Tom and Gisele’s split: Weeks after our interview, as the new NFL season approached, Brady made headlines when he took an unusual 11-day break from training camp in August, citing personal reasons. Various tabloids reported that the couple was taking some time apart, citing Brady’s career as the flashpoint. Bündchen declined to comment on the speculation when we reached out in September.

She’s done her part: “I’ve done my part, which is [to] be there for [Tom]. I moved to Boston, and I focused on creating a cocoon and a loving environment for my children to grow up in and to be there supporting him and his dreams. Seeing my children succeed and become the beautiful little humans that they are, seeing him succeed, and being fulfilled in his career—it makes me happy. At this point in my life, I feel like I’ve done a good job on that.” Looking forward, Bündchen is going to make more space for her dreams, too. “I have a huge list of things that I have to do, that I want to do. At 42, I feel more connected with my purpose.”

Yeah, it sounds less like Gisele “left” Tom and more like she’s put the ball in his court. She’s ready to get back out there and work more on her projects, and she thought she and Tom were on the same page. She was planning a world in which Tom was retired and spending more time at home so she could go out and do what she wanted, just like he thrived professionally while she was at home with the kids for years. She sounds like she’s shrugging it off now – like, okay, you want to keep playing football? Well, I’m going to do me, so deal with it. 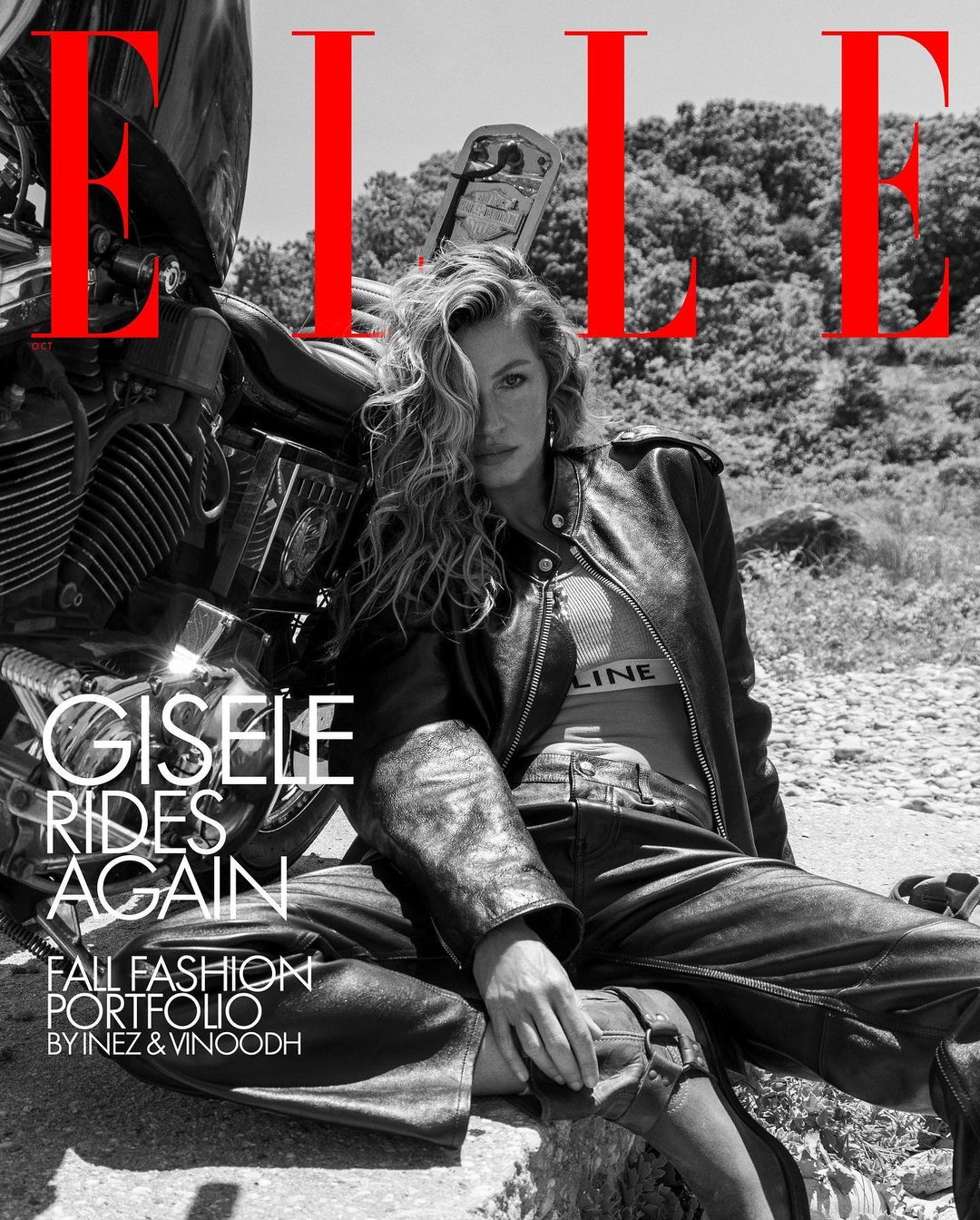 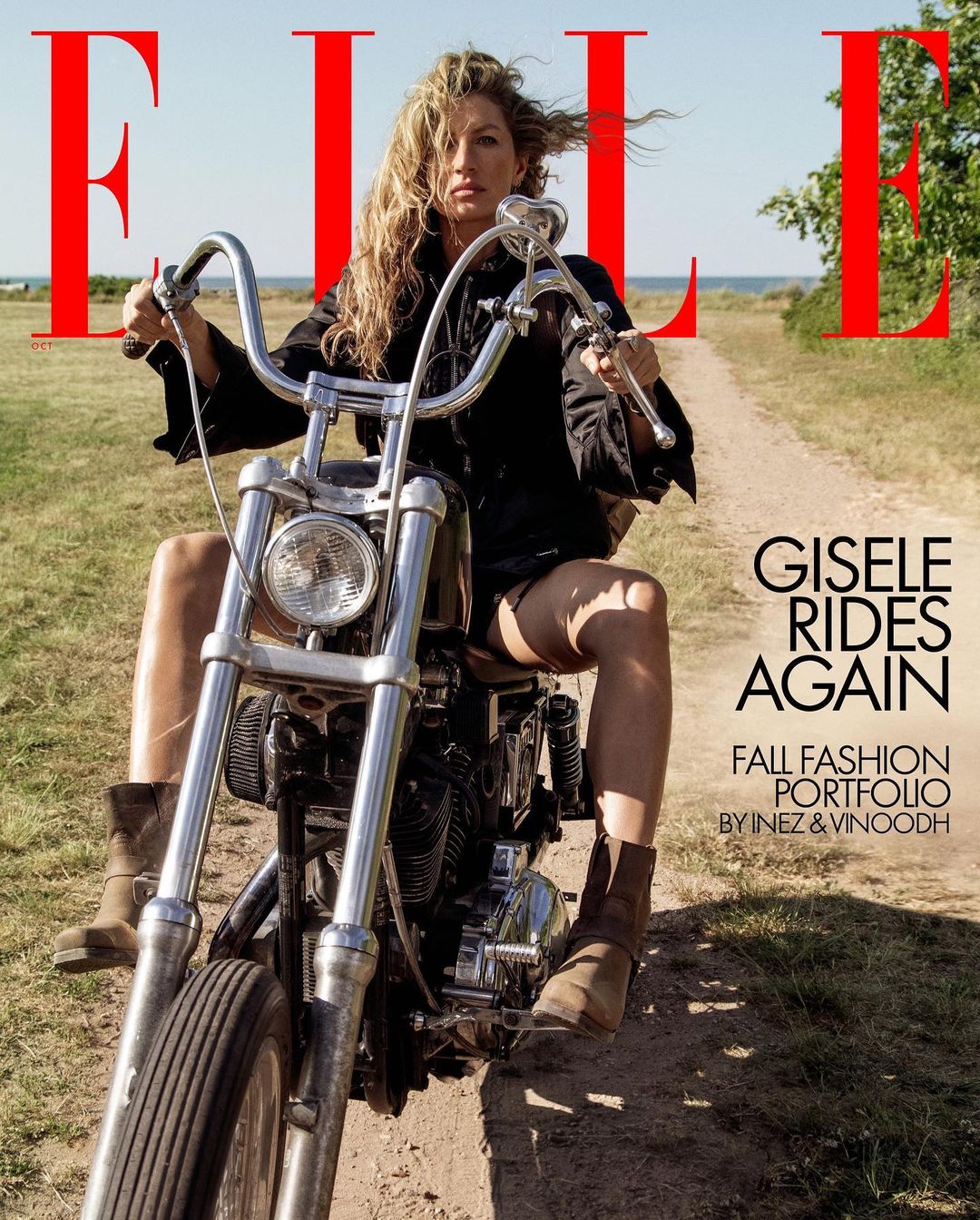