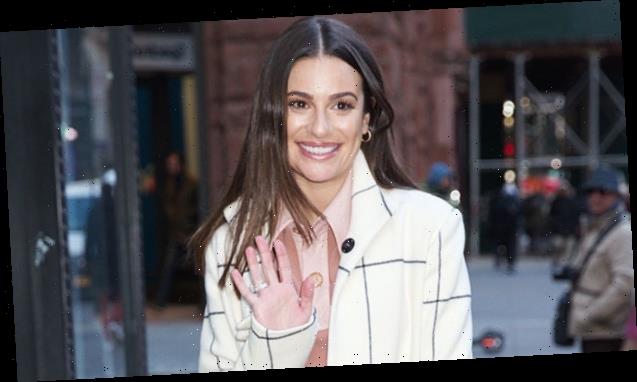 Lea Michele welcomed her first son with husband Zandy Reich last month, and shared a new pic of the baby boy! It comes amid a tumultuous year for the actor who was called out by former co-stars.

Lea Michele has celebrated her 34th birthday with the newest addition to her family: newborn son Ever Leo! The Glee star gave birth to her first child with husband Zandy Reich, 37, on Thursday, August 20, and the bub is seriously adorable. Lea took to Instagram on August 29 to share a snap of herself, taken from behind, while holding tiny Ever. “34” she captioned the pic, adding a sparkle emoji. A decadent chocolate cake, which featured four candles and read ‘Happy Birthday Mama’, could be seen on the table, along with a large bouquet of stunning flowers.

The new mom also offered fans a look at Ever when she posted a pic of his little foot being held by her and Zandy. “ForEver grateful for this true blessing,” she captioned the sweet photo. “Everyone’s happy and healthy, and they’re extremely grateful,” a People insider told the mag on August 23, adding that Ever has been “an easy baby so far.” The married couple remained mum throughout most of her pregnancy as they didn’t speak about it until early May when she was already pretty far along.

Lea has also turned her Instagram comments off, likely because of the severe backlash she faced earlier in the year, after several of her former co-stars called her out for alleged bad behavior. The accusations of poor conduct on set first came up on June 1 when season six Glee actress Samantha Ware, 28, called out Lea, for making her life “living hell” on set. Samantha — who is Black — shared a tweet that Lea wrote about Black Lives Matter where she wrote, “George Floyd did not deserve this. This was not an isolated incident and it must end” with the hashtag “#BlackLivesMatter.”

Samantha then tweeted in all caps, “Remember when you made my first television gig a living hell?!?! Cause I’ll never forget. I believe you told everyone that if you had the opportunity you would ‘sh*t in my wig!’ amongst other traumatic microaggressions that made me question a career in Hollywood.” The tweet quickly opened up floodgates, as several other actors who had worked with her on the stage and screen claimed they were mean-girled while working with Lea.