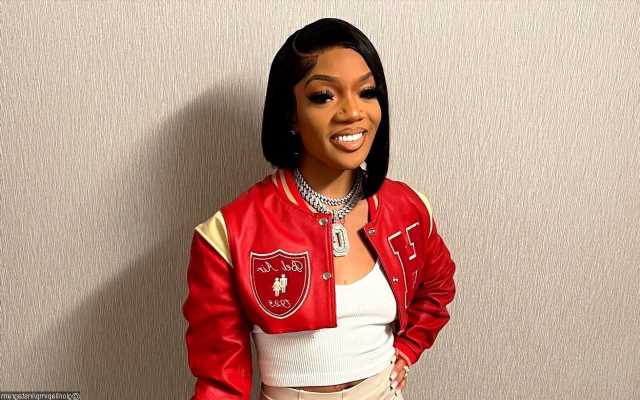 The 23-year-old Memphis femcee, who rose to fame this year with her smash hit ‘F.N.F. (Let’s Go)’, once again emphasizes that she is not taking the procedure to enhance her butt.

AceShowbiz –GloRilla gets sick of people commenting on her physical appearance. The female rapper, who rose to fame this year with her smash hit “F.N.F. (Let’s Go)”, urged people to stop asking her to get a Brazilian Butt Lift (BBL).

GloRilla, who has signed to Yo Gotti‘s CMG Records, previously made it clear that she’s not going to enhance her butts through the procedure. “No I’m not getting a bbl,” she declared in a July post. “I already feel like the thickest bit in da world.”

In the following month, GloRilla fired back at body-shamers through her Instagram Story. “This is my last time addressing this, you mfs better get use to this slim body, green pretty a** eyes & big beautiful nose of mine, cause ain’t a damn thing gone change,” she noted. “Yall can hate yall self all you want, but I luv me some BIG GLO.”

Fans and fellow musicians quickly showed love and support for the young star after her message was reposted by The Shade Room. Among them was Summer Walker, who left heart eyes and clapping emoji underneath the post. Coi Leray, meanwhile, wrote, “SHE SAID WHAT SHE SAID !!!!!!!!!” YouTuber Lala Milan added, “The fact that it’s come to defending our natural bodies nowadays is sad af.”

Aside from getting criticism about her look, GloRilla was once dragged over her deep voice after she shared a snippet of a new track on social media. In response to the trolls, Glo said, “[And] every song y’all done heard that I done put out was before I got my veneers my voice is only this deep because my P***y is so GOOD DUHHHHHHHH #BIGGLO.”