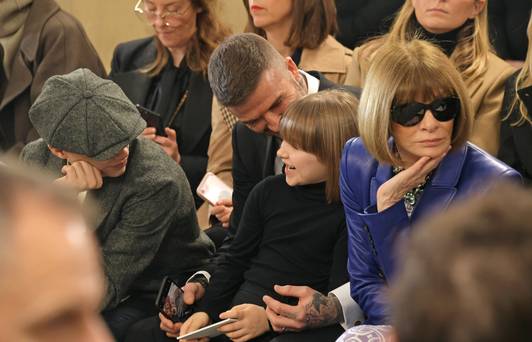 The Sussexes have been outranked by the Cambridges – and Harper Beckham – in a who’s who of the most “socially significant” people.

Seven-year-old Harper is fourth on the magazine’s list, placed higher than her celebrity parents and a host of other big names.

She is described as a “front-row fixture” who “jets between Los Angeles, London and the Cotswolds”.

The Duke and Duchess of Cambridge take first place, with Tatler describing an invitation to their home as the “ultimate social trophy”. The Duke and Duchess of Sussex are outside the top 10, which is not numbered, but they are “crowned the king and queen of global glamour”.

Those who make the top 10 include ex-England footballer Jamie Redknapp, BBC political editor Laura Kuenssberg, Little Mix star Perrie Edwards and her footballer boyfriend Alex Oxlade-Chamberlain, who “embody modern glamour and success”, and the Marquess and Marchioness of Cholmondeley. The supermodel’s daughter Lila is also on the list, alongside Jeremy Clarkson, James Blunt and his wife Sofia Wellesley, and the Duke and Duchess of Cornwall. The Social Power Index appears in the August issue of Tatler, available on newsstands and digital download on Thursday.

The top 10
1. The Duke and Duchess of Cambridge