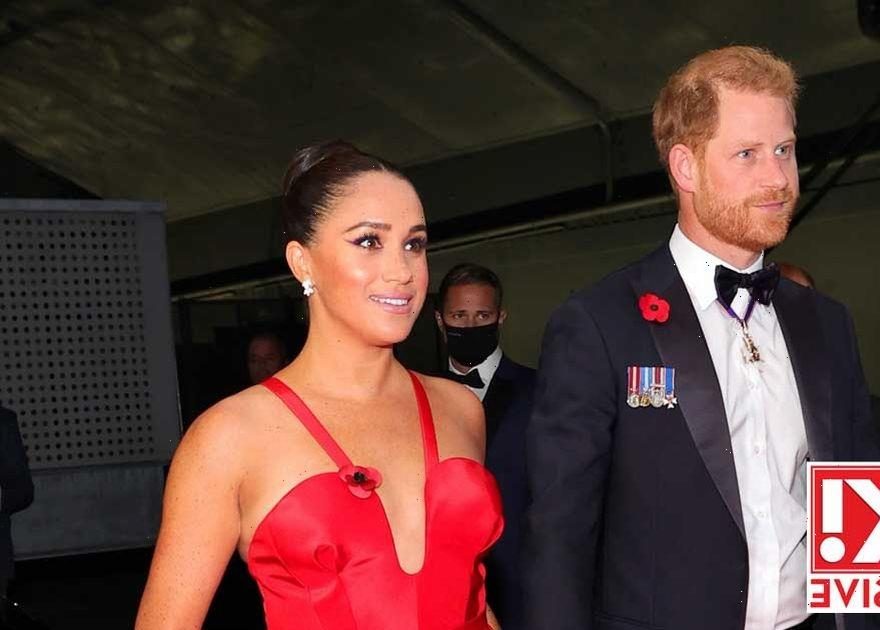 Prince Harry and Meghan Markle could soon become one of the biggest power couples in Hollywood, an expert predicts.

Former US President Donald Trump has urged the Queen to strip the Sussexes of all their royal titles and according to popular culture guru Nick Ede, they’d rocket to fame as a result.

Nick exclusively tells OK!: “The future is bright for Harry and Meghan. They have a huge network of big hitters as friends and, with Netflix and Spotify contracts signed plus shows in production, they’re already becoming the toast of Hollywood.

“They have all the right credentials to cement their status as one of the biggest power couples in Hollywood.”

Here, Nick shares what life could look like for the hard-working couple if the Queen follows Donald Trump’s advice…

Without their titles, the smitten couple would be much visible on the social stage on their own terms.

We’d love to see Harry and Meghan at the Oscars!

However despite their celebrity sending them soaring to new heights, they’d find it tricky to get Brits back on side.

“The negativity won’t change, but what would is they could steer their own narrative. Hollywood is royalty and royalty is a bit of Hollywood – so they’re two peas in a pod!”

While the Sussexes might seem at the top of their fame game already, there’d be even more opportunities to be in the spotlight away from the monarchy.

In fact, according to Nick, Harry and Meghan would be rubbing shoulders with a different kind of royalty.

“They’d be up there with Oprah and the Hollywood elite. Because they’re so strict on security, they wouldn’t be ‘papped’ as much as we think, but they’d still pop up when dining and enjoying days out.”

Luckily, the family wouldn’t be alone either – the Hollywood Hills are teeming with A-listers.

Nick adds: “The great thing about living in Hollywood is that you’re amongst the biggest stars in the world, so it’s not unusual to see an A-lister casually popping to the shops or going to Target for some groceries – and going totally unnoticed, too.”

Ex-Suits actress Meghan has already found success in front of the camera, but Nick thinks she’d try something a little different.

He muses: “Meghan had a great career in TV and any show would be a blockbuster. But I don’t know if she’d resume acting as she doesn’t need to. I think she’d be a director.”

There’s another, more alternative, avenue for the Duchess to explore as well, as Nick explains.

“I can see Meghan going into politics. She has a platform for positive change and it’s very exciting to see how she could run for office one day. Knowing her, she’ll get in!

“Plus their brand Archewell would become a huge machine managing everything from production, development and execution of their projects, too.”

Secrets Of The Royal Residences

This special collector's edition of OK! looks inside the hidden tunnels at Buckingham Palace, the spectacular gardens at Highgrove, the Cambridges' town and country retreats and the cosy Welsh bolthole loved by Charles and Camilla.

It explores exactly what it takes to run a royal household, with experts and former staff revealing how they prepare to host state dinners and celebrations.

Plus, discover the history and hauntings of the residences and how you can holiday on the royal estate.

You can purchase the special edition magazinehere for £4.99.

If fully separated from the monarchy, Nick says they’d be able to monetise and commercialise their brand even more.

But while their celebrity status is already on par, Harry may struggle.

“It’ll be more of an issue for Harry than Meghan. But the ties that currently bind them would be off, and I know Meghan is so keen to take part in more charitable endeavours – which she’d then be able to do.”

From a beautiful wedding to bombshell Oprah interview, we’re not sure there’s any returning to normality for the couple, but since their success is growing they won’t fancy the private life.

Nick explains: “I don’t think they’ll step back while their trajectory is so strong and heading in such a public way. It’d be hard to live a private life now.

“Harry’s upcoming book will be a big factor in the public’s perception of him and his wife. It’ll be a defining moment in their status – much like the Oprah interview was last year.”

While celebrity pals David and Victoria Beckham have delighted the world in sharing their children’s lives online, Nick’s doubtful the Sussexes would go the same way, even without their royal titles.

We’ve had barely a glimpse of Archie and Lilibet, and that’s unlikely to change.

“Unlike the Beckham kids, I think Meghan will take the Obama approach and let her children enjoy a private life and education, and then allow them to decide if they want to enter their parents’ world when they're ready.”

For all the latest royal news, sign up to OK!'s brand new Royal newsletter.