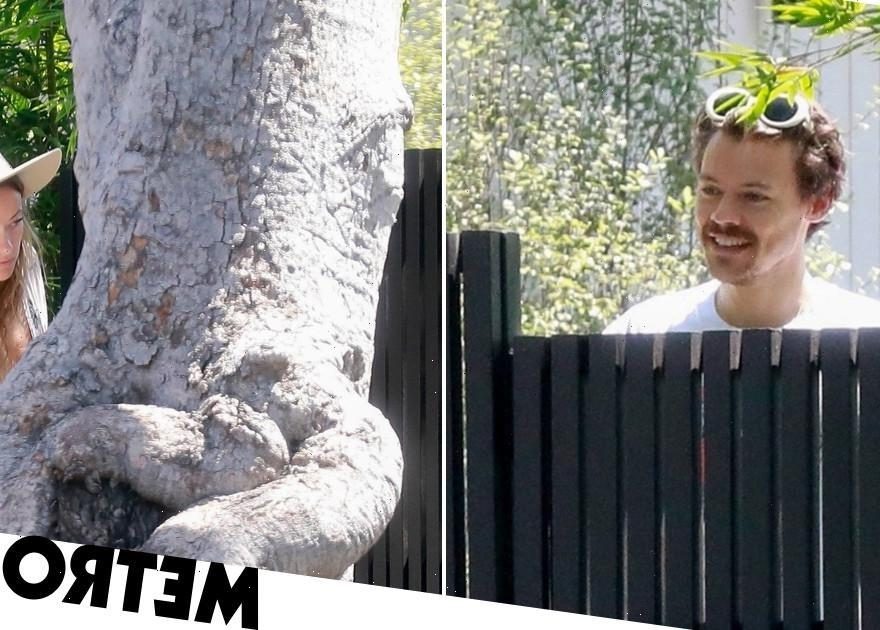 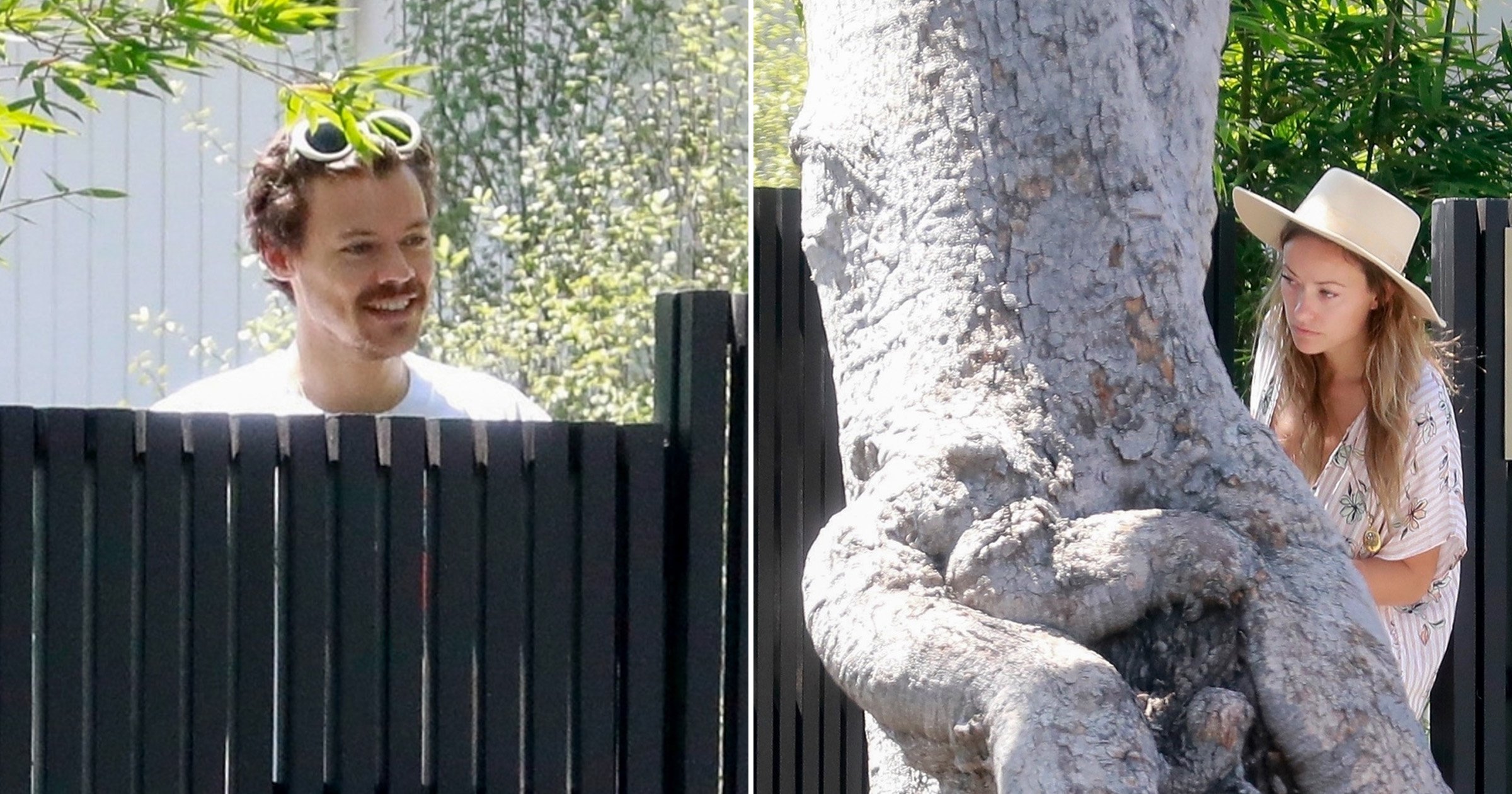 Harry Styles has revealed a very impressive new moustache as he and girlfriend Olivia Wilde hung out at her house in Los Angeles this week.

The singer, 27, was seen peeking over a fence at Olivia’s house with some sunglasses perched on top of his head as he welcomed a visitor who buzzed the gate.

Harry could be seen chatting to a female visitor in a green jumpsuit with a straw hat slung around her neck before shaking her hand.

Olivia, 37, seemed less keen to be spotted as she was seen appearing to hide behind a tree as she arrived at the property.

If there’s a game of hide and seek with Harry and Olivia playing, we’re totally game to join in.

Harry and Olivia were seen chatting to the girl outside, before more guests were seen arriving at the house, according to the Daily Mail.

The actress and filmmaker was also dressed for the gorgeous LA weather in a plunging striped floral dress with a large cream hat on her head.

Fans were also quick to point out that Harry’s new face fuzz made him look strikingly like Ted Lasso, the fictional football coach portrayed by Olivia’s ex, Jason Sudeikis, 45.

Olivia and Jason had been together from 2011 until last year and share two children, seven-year-old Otis and four-year-old Daisy.

She and Harry were rumoured to have started dating in January 2021 after they were pictured holding hands at a friend’s wedding after meeting on the set of Don’t Worry Darling, which Harry was starring in and Olivia was directing.

Jason told GQ last month of their split: ‘I’ll have a better understanding of why in a year. And an even better one in two, and an even greater one in five, and it’ll go from being, you know, a book of my life to becoming a chapter to a paragraph to a line to a word to a doodle.’