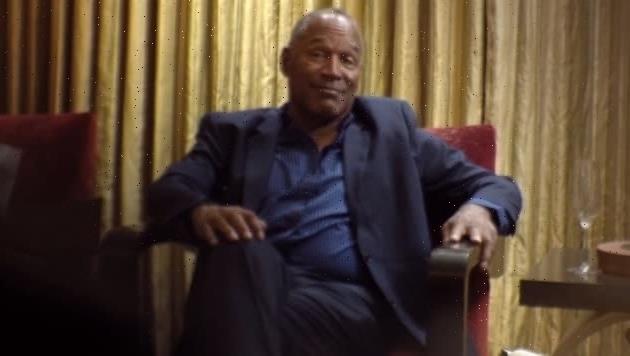 If you spend any time on Twitter, you probably know that O.J. Simpson is not shy about sharing his thoughts with the world.

We might see him as the guy who got away with murdering two people, but clearly, the Juice sees himself as a beloved sports legend who was sorely missed during the nine years he spent behind bars on unrelated charges.

Whereas many ex-cons and suspected murderers would likely prefer to hide from the public as much as possible, O.J. posts daily videos in which he holds court on subjects ranging from the Covid-19 pandemic to the continued dominance of Tom Brady.

Actually, those two topics aren’t all that different, as most Americans wish they’d both just go away already.

As interesting as O.J.’s Twitter content can be, it seems he decided to save his most compelling insights for a recent interview with The Athletic, in which he opens up about a situation he calls the “L.A. thing.”

“Unfortunately, some people wrongfully believe something, but I moved on. I still think I’m a good guy. I didn’t let it change me,” Simpson explains to tyhe outlet.

“It did for a while. I was angry for a while, but I treat everybody the way I want to be treated.”

From there, Simpson explains that despite the lengthy jail sentence and the pesky double-murder rap, his life is actually pretty sweet these days.

“How many Americans, even today, wouldn’t like to live my life? I don’t work. I play golf four or five days a week,” he said.

“I go out to dinner a couple of nights with friends. People want to buy me drinks. I’m always taking pictures with people. Ladies hug me.”

“Being one of the most hated men in America isn’t that bad if you’re rich!” isn’t quite the flex O.J. seems to think it is, but believe it or not, the conversation gets even more bizarre from there.

Simpson resides in Las Vegas these days, and he explained that he steers clear of Los Angeles, because he might cross paths with the dreaded Real Killers. Seriously:

“I have trouble with L.A. People may think this is self-serving, but I might be sitting next to whoever did it,” Simpson said.

“I really don’t know who did this.”

Okay, dude is just getting way too cocky at this point.

He’s really calling our attention to the fact that in the 27 years since Nicole Brown Simpson and Ron Goldman were murdered, no other arrests have been made and no suspects have emerged other O.J.

We probably don’t need to tell you this, but homicide investigators don’t usually just give up when rich people are slaughtered in their homes in one of America’s most expensive neighborhoods.

The much more likely explanation is that everyone involved with the case knew they had their man in Simpson, and that there was no use continuing the investigation once O.J. beat the charges with the help of a legal dream team assembled by Kim Kardashian’s dad.

Yes, folks — the America Simulator has been malfunctioning for longer than you realized.