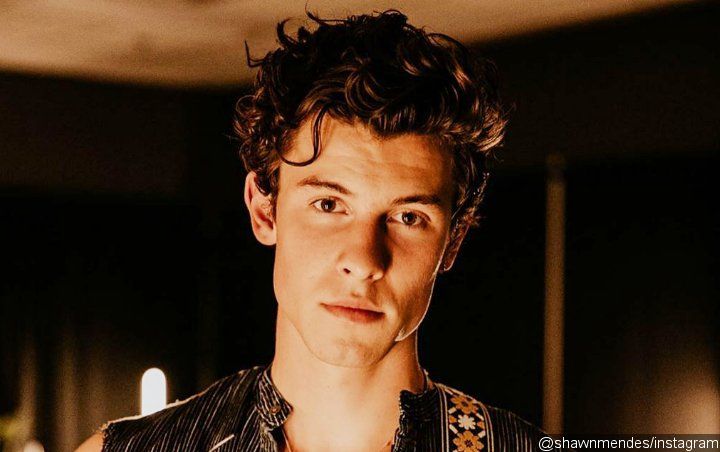 During a pre-concert Q and A session with fans in Atlanta, the ‘Senorita’ hitmaker reveals that he now sends his manager pictures if he wants to put them up on his social media accounts.

AceShowbiz –Shawn Mendes doesn’t have social media on his phone because he finds he “needs to take a break from it” every now and then.

The 20-year-old singer made the admission during a pre-concert Q&A session with fans in Atlanta this week, adding that if he wants to post something on Twitter or Instagram, he sends it to his manager to put up.

“I struggle with social media a lot too. To be honest with you guys, I deleted Instagram and Twitter three days ago, but I send my manager pictures and I’m like, ‘Can you post this?’ ” the “Stitches” star revealed.

“Sometimes I need to take a break from it too because it gets to me just as much as it gets to anyone else. You have to take care of yourself, it’s really really important. Make yourself come first.”

Shawn isn’t the only famous singer to wipe social media from his phone. His “Senorita” collaborator, and rumoured girlfriend, Camila Cabello previously admitted that she also doesn’t have any on her mobile device.

“I try to protect myself as much as I can. I don’t have any social media on my phone,” she told Cosmopolitan magazine. “I have it on my mom’s phone, so if there’s anything I want to say or if I want to read through what my fans are sending me, I can. It has made a world of difference.”